Amelia Sky is a sci-fi horror comic that thrusts you immediately into a violent apocalyptic situation where there seems to be no escape from an otherworldly onslaught. We see a man and woman rushing inside a building with the unconscious body of a young girl. They are trying to escape, but for a mysterious reason the father insists that their daughter won’t be able to come with them because she is too powerful. This intriguing introduction ends with a bang and the story just gets more intense.

Our title character wakes up a month after we last saw her. She has no knowledge of where she is or even really who she is. As Amelia makes her way through the building an earthquake causes her to fall, but even though she is high up she walks away with only a gash in her arm. While recovering she is approached by a large dog named Ace who, after an attack by an arachnid type being known as a shrieker, leads her to his home with Eleanor Rigbi. His owner offers to patch the young girl up, but Amelia is insistent that she needs to find her parents. No matter how much she tries to dissuade her, Eleanor turns to find that Amelia has run off and she sends Ace after the young girl. The dog finds her outside the home she was searching for. She has a brief moment of joy when suddenly a shrieker appears and places them both in danger. 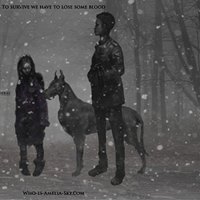 The premise of Amelia Sky is interesting and with the main character not knowing exactly who she is or why she was all alone, we are learning about everything along with her. With such an uncertain path before her I can’t wait to see more of what happens as Amelia makes her way through this unfamiliar landscape. I look forward to seeing how Jermaine Boyd weaves his young heroine’s tale in the next issue. I enjoyed the art within this work, it reminded me a great deal of watercolors and the shadows that were created added an additionally frightening aspect to the shriekers. You can find out more information about Amelia Sky and the Kickstarter for Volume #2 on their official website, Facebook page, and Twitter account, @AmeliaSkySeries. 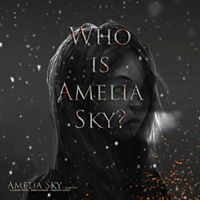 Share your comics thoughts with us in the comments or on Twitter, @thenerdygirlexp. You can find me on Twitter, @kleffnotes, on my blog, kleffnotes.wordpress.com, on my kleffnotes YouTube channel, I run The Nerdy Girl Express Snapchat, thenerdygirlexp, and I post recipes on the iZombie Support Group site.