Former Angel, Alias and Persons of Interest star Amy Acker has been cast on Grey’s Anatomy.

Amy Acker is no stranger to episodic television having appeared on many shows in different genre roles. In Angel, she played brainy physicist Winfried “Fred” Burkle and then demonic God Illyria until the series cancellation in 2004. She starred in the ABC spy drama Alias as Kelly Peyton, appeared in a season one episode of Supernatural as Andrea Barr. 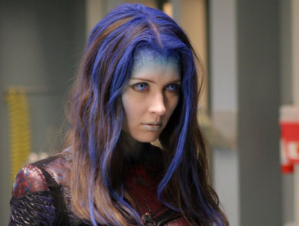 In her role as Samantha “Root” Groves in the science fiction crime drama Persons of Interest she became part of the famous Root Shaw pairing and a fan favorite. Acker currently stars on Fox’s The Gifted. 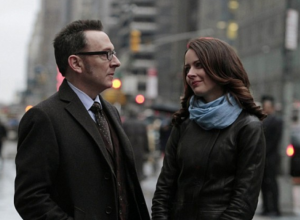 It was announced that Amy Acker has been cast in ABC’s long running drama Grey’s Anatomy as the late Derek Shepherd’s fourth sister Kathleen. Viewers of Grey’s Anatomy have heard Kathleen mentioned often but had yet to meet her. It will be interesting to see where she’ll fit in with the Seattle residents of the show, in particular sister Amelia (Caterina Scorsone). In Acker’s debut episode “The Good Shepherd” airing Thursday, April 11, 2019, we’ll see a very awkward Shepherd family dinner. 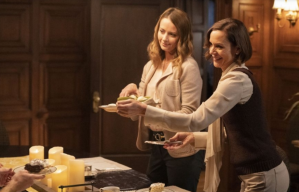