Almost Family is an American drama television series based on the Australian television series, Sisters, developed by Annie Weisman which premiered on October 2, 2019 on Fox. When it is revealed that fertility doctor Leon Bechley (Timothy Hutton) had used his own sperm to conceive at least 100 children throughout his career, Julia Bechley (Brittany Snow) unites with two of her half siblings—including childhood friend Edie Palmer (Megalyn Echikunwoke), and retired Olympic athlete Roxy Doyle (Emily Osment)—as they deal with issues that have been affecting their lives (Wikipedia).

The Two Hour Season Finale. Season 1 Episode 12 is titled “Permanent AF” and Season 1 Episode 13 is titled “Expectant AF” Here is the synopsis from TV Guide: “The trial against Dr. Bechley begins with a powerful opening statement from the prosecution, leaving Leon scared and Tim wondering if Edie should rejoin the defense team. Tensions rise when Chad makes a threat to bring Edie and Amanda’s affair to the judge’s attention. Meanwhile, Julia gains the confidence to approach Donovan again about her desire for a family. Then, Roxy makes a drastic decision in an attempt to help Isaac.” 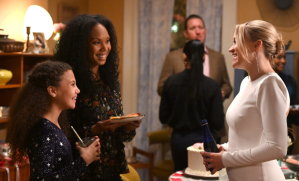 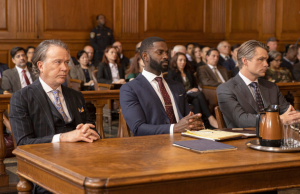 What could Leon Bechley have to say? 👀🤔 Find out in the 2️⃣ hour season finale of #AlmostFamily TONIGHT at 8/7c on @FOXTV. pic.twitter.com/yi5nj2zdW4