Whether you know him as the dastardly Will Cortlandt from the now defunct ABC daytime drama All My Children, Leviathan Dick Roman from The CW’s Supernatural, current Cassadine family head Valentin on ABC General Hospital or many of his other film and television roles, James Patrick Stuart has been entertaining us with his acting talent since the late 1980s.

My introduction to James Patrick Stuart was in 1989 when he played All My Children’s Will Cortlandt. The minute the actor first appeared on screen, he had a presence that hooked you in and made you want to watch. To say Will wasn’t a nice character was an understatement. In fact, he antagonized the entire town of Pine Valley that ‘Who Shot Will Corlandt?’ was a huge murder mystery where anyone of the good citizens in the close knit community could have been guilty of plugging him. 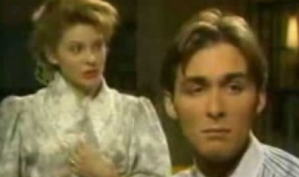 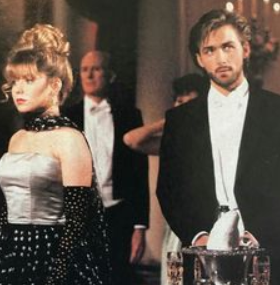 After Stuart’s departure from All My Children, he had parts on numerous television shows, such as Fraser, Seinfeld and Sliders. Feature films followed including the movies Gettysburg (1993) and Gods and Generals (2003) where he played Edward Porter Alexander, a colonel in the Confederate army.

James Patrick Stuart’s turn as Supernatural Leviathian leader Richard “Dick” Roman will be remembered, not because he was an ancient human eating monster from Purgatory, but because Roman shot and killed Sam and Dean Winchester’s surrogate father the beloved Bobby Singer. 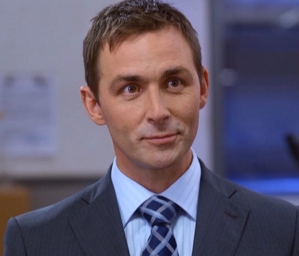 As General Hospital’s Valentin, James Patrick Stuart portrays the head of the Cassadine family as someone with a past filled with wrong doings as well as a history with the WSB and Anna Devane. But Valentin is also shown as a loving father to Charotte his daughter with Lulu Falconeri. And his pairing with Nina Reeves is unlike some previous Cassadine family members (like Mikos and Helena) as Valentin is a man capable of love. 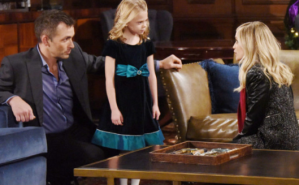 But James Patrick Stuart’s performance skill is not limited to being in front of the camera, he is also a voice actor creating distinctive characters.  There’s no end to the gift Stuart has for entertaining.

So on this your birthday, I wish to extend a very happy birthday to you James Patrick Stuart and to wish you continued success in your career.

Feature Photo Credit: Photo by Bjoern Kommerell; others taken from internet with credit given to the original sources