Katy Keene is an upcoming American musical comedy-drama television series developed by Roberto Aguirre-Sacasa and Michael Grassi, based on the Archie Comics character of the same name. It chronicles the origins and struggles of four aspiring artists trying attain successful careers on Broadway, on the runway, and in the recording studio. Katy Keene is a spin-off of Riverdale, and takes place five years after the events of the former. The series is produced by Berlanti Productions, in association with Archie Comics, Warner Bros. Television, and CBS Television Studios.

Season 1 Episode 3 is titled “Chapter Three: What Becomes of the Broken Hearted” Here is the synopsis: “With everything a little off between Katy and KO, Katy tries to make everything perfect for Valentine’s Day; KO tries to do something nice for the roommates but only seems to make things worse; Pepper turns to an old friend to get some quick cash.” 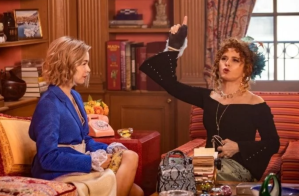 Don’t miss Katy Keene “Chapter Three: What Becomes of the Broken Hearted” airing Thursday, February 20, 2020 at 8/7c on The CW.

One thought on “#KatyKeene Chapter Three: What Becomes of the Broken Hearted S1Ep3 Preview via @stacyamiller85 @CWKatyKeene @KatyKeeneWriter”