Superman & Lois is an American superhero drama television series developed for The CW by Todd Helbing and Greg Berlanti, based on the DC Comics characters Superman and Lois Lane, created by Jerry Siegel and Joe Shuster. Tyler Hoechlin and Elizabeth Tulloch star as the titular characters Clark Kent / Superman, a costumed superhero, and Lois Lane, a journalist for the Daily Planet. The series will be set in the Arrowverse, sharing continuity with the other television series of the franchise (Wikipedia).

Season 1 Episode 3 is titled “The Perks Of Not Being A Wallflower” Here is the synopsis from TV Guide: “Clark shares some of his Kryptonian history with Jordan and Jonathan during a family breakfast. Meanwhile, Lois and Chrissy dig deeper to uncover the truth about Morgan Edge.” 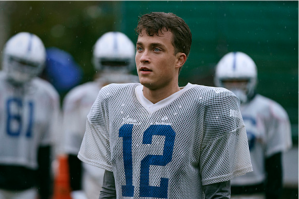