The CW’s Supernatural is more than a show about two brothers traveling the country fighting monsters.  It’s a show about love, family and loyalty.  The strongest emotions conveyed on Supernatural are the things unsaid.

Last week I wrote an article if The Impala aka Baby could speak, what she’d say.  Now, I’d like to talk about the objects we’ve seen on Supernatural and what they really mean.  What are they saying about Sam and Dean Winchester, John, Castiel, Crowley and the many other angels and demons that viewers have seen on the series. A car, a journal, a knife, blades, tablets – what are they REALLY?  Well, I’m here to tell you.

Writer’s Note:  The ideas expressed here are entirely the opinion of the author’s and not that of The CW’s Supernatural or The Nerdy Girl Express. 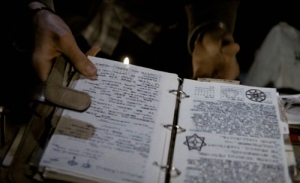 What It Is:   John Winchester’s record of every supernatural evil he hunted. A how-to guide for sons Sam and Dean to hunting monsters.

What It Means:   The closest thing Sam and Dean have to their father’s private thoughts. John wrote about his hunting experience and his feelings. The journal is more than a book, it’s Sam and Dean’s legacy.

What It Is:   A car that has been in the Winchester family since 1973. It was first owned by John Winchester who passed it down to oldest son Dean.

What it Means:  An extended member of the Winchester family.  The only home Sam and Dean have ever known.  A lean-mean fighting machine (on wheels). 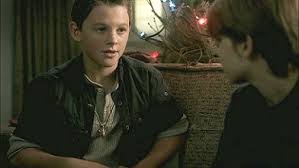 What It Is:   A necklace given to 8-year old Sam by Bobby to give to his father John for Christmas.

What It Means:   A symbol of Sam and Dean’s brotherly love and bond.  Dean wore it for years since Sam first gave it to him.  Even when Sam was at Stanford and the other times when they were separated, the amulet was the link of affection between Sam and Dean. It was also a ‘God EMF’ and helped direct Sam and Dean to God. 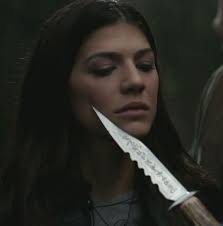 What It Is:  The only thing that could kill a demon

What It Means:  The beginning of Sam Winchester’s involvement with Ruby and the beginning of Dean’s feelings of mistrust and betrayal towards his little brother. “You chose a demon over your brother and look what happened“- Dean, Sympathy For The Devil 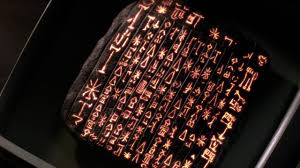 What They Are:  Texts written by the Scribe of God Metatron containing crucial information about Angels and Demons.

What They Mean:   Hell and Heaven keys, they contain information to close both kingdoms.  The angel tablet was like Energizer batteries to the Metatron bunny.  It gave him unstoppable power and helped him kill Dean.