Katy Keene is an upcoming American musical comedy-drama television series developed by Roberto Aguirre-Sacasa and Michael Grassi, based on the Archie Comics character of the same name. It chronicles the origins and struggles of four aspiring artists trying attain successful careers on Broadway, on the runway, and in the recording studio. Katy Keene is a spin-off of Riverdale, and takes place five years after the events of the former. The series is produced by Berlanti Productions, in association with Archie Comics, Warner Bros. Television, and CBS Television Studios.

Season 1 Episode 6 is titled “Chapter Six: Mama Said” Here is the synopsis from TV Guide: “As she tries to move on from KO, Katy once again throws herself into her work, which turns out to be a sticky situation with her clients. Meanwhile, Pepper is confronted about what she is up, and Jorge learns he might be losing his coveted performance spot at Molly’s Crisis.” 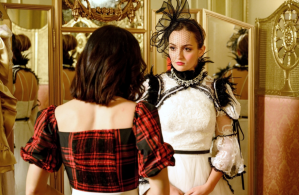