It’s hard to believe that it has been 17 years since television viewers were first introduced to the Canadian actress who played Smallville’s Lana Lang. Kristin Kreuk has always portrayed the types of characters that are smart and survivors. Both Lana and Beauty and the Beast’s Catherine lost their mothers. But their grief made them stronger. Lana Lang wasn’t just the girl Clark Kent loved and Superman had to rescue, she was a fighter.  Beauty and the Beast’s Cat was the same. She refused to let anyone tear she and Vincent Keller apart and was determined to stop all the threats to their happiness. To the fans of Beauty and the Beast known as Beasties, Kristin will forever be their beloved Cat. 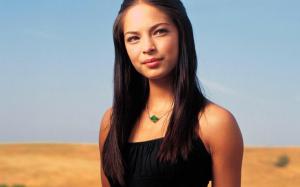 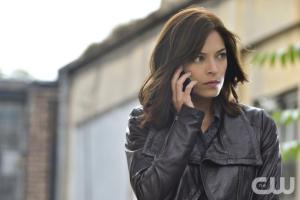 Beauty and the Beast ended its run on September 15, 2016. Kristin Kreuk now stars in CBC series Burden of Truth playing Joanna Hanley (Though in the Season One finale, Joanna introduced herself as Joanna Chang, dropping the Hanley surname due to her father’s evil deeds and preferring to use her mother’s maiden name).

This mixture of beauty, strength and charm is the trifecta that keeps fans coming back for more and following Kristin Kreuk on whatever project she happens to be working on at the time.

As Kristin Kreuk celebrates her birthday December 30, I want to thank her on behalf of the legions of fans who appreciates the contributions she’s given to our favorite shows.

Photos taken from the internet; credit given to original sources

Comments?  Sound off below. Or tweet @thenerdygirlexp and @stacyamiller85 .