As this week is Cast Appreciation for Beauty and The Beast, fans are taking each day to give thanks to the actors for their fabulous portrayals of the characters Beasties have loved for four seasons. Today, we praise the work of Kristin Kreuk as Catherine Chandler.

Catherine’s life changed when her mother was murdered.  With that tragedy came her introduction into the world of beasts and meeting the man who would change her life forever, Vincent Keller (Jay Ryan).  Cat learned that Vincent had been turned into a beast by the government agency Muirfield.  While working together to help him stop Muirfield, Cat and Vincent fell in love.  Their epic love story and dangers going up against the bad guys became the core of Beauty and the Beast as fans were eager to see how they would defeat their enemies.  ‘VinCat’ as they were dubbed by shipping fans were the epitome of  “love conquering all.”  As soon as one problem was thrown at them, Cat and Vincent had to confront another. 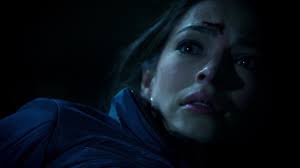 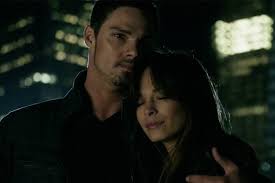 In addition to the strong relationship between Cat and Vincent, viewers witnessed Cat’s bond with her sister Heather (Nicole Anderson), beast friend Tess (Nina Lisandrello) and her friendship with JT (Austin Basis).  Kristin Kreuk’s Catherine Chandler displayed amazing chemistry with all her cast mates, making it hard to believe that she was an actress playing a part. Kristin Kreuk IS Catherine Chandler.  She’s the heroine we all wish we could be: strong and determined.

Catherine Chandler is a beloved character that will never be forgotten and thank you Kristin for bring her from the script to the screen. I can’t imagine any other actress playing Beauty and the Beast’s Catherine!