BH90210 is an upcoming American comedy/drama television series set to air on August 7, 2019 on FOX. It is the sixth series in the Beverly Hills 90210 franchise. Original series stars Jason Priestley, Shannen Doherty, Jennie Garth, Ian Ziering, Gabrielle Carteris, Brian Austin Green and Tori Spelling will return in the new series, playing themselves in a heightened version of reality that is inspired by their real lives and relationships, in which the actors deal with launching a reboot of the 1990s TV series, Beverly Hills 90210 (Wikipedia).

Season 1 Episode 2 is titled “The Pitch” Here is the synopsis from TV Guide: “FOX approves a 90210 reboot on the condition that seven of the original cast members get on board. Tori and Jennie confront each of their former castmates and are met with more resistance than they had anticipated. Meanwhile, the gang deals with the repercussions of their actions in Las Vegas, Shannen gets a call from a friend and former “Beverly Hills, 90210″ costar Christine Elise pops back into their lives.” 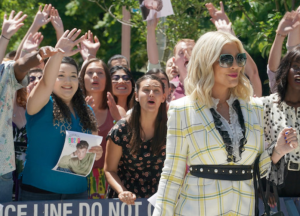 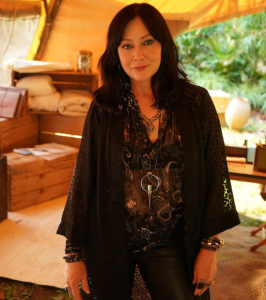 Are you ready for tonight's episode of #BH90210? Trust us when we say the drama gets SPICIER. 🌶 pic.twitter.com/Q94xUMEExd

Wondering what to expect from #BH90210? Here's the cast with all the deets! ⬇️ pic.twitter.com/KteviBW8gY