Since Gilmore Girls ended its run on May 15, 2007, fans have been wanting to see Lorelai and Rory and the residents of Stars Hollow again.  These characters were a part of our lives for seven years. We laughed with them, cried with them and cheered them. Lorelai and Rory were the mother and daughter we wanted to be, sharing a rare closeness and bond that made them not only parent and child, but sisters and friends. 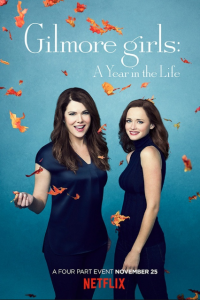 The suitors of Lorelai and Rory played a key role in the development of the characters. Each of the guys in their love lives helped them learn something about themselves.  The long standing debate in Rory Gilmore’s romantic history has been the ‘Who was Rory’s best boyfriend?’ And the candidates were Dean, Jess and Logan.  For this article, let’s talk about boyfriend number three, Logan. 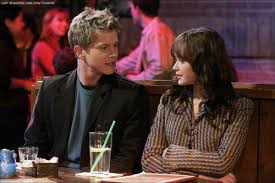 Rory Gilmore (Alexis Bledel) met Logan Huntzberger (played by Matt Czuchry) when she entered Yale University and it wasn’t exactly love at first sight.  She viewed him as a rich jerk who took his partying more seriously than his education.  But along the way, Rory’s feelings for Logan changed. She started seeing qualities in him that allowed love to blossom.  Rory realized that Logan was someone trying to be his own man but caught between what he wanted out of his life and his family’s expectations for him.  However, Rory’s mom Lorelai (Lauren Graham) didn’t like Logan.  She saw him as one of the frivolous rich that she had tried to get away from her entire life.  Additionally, Lorelai feared Logan would lead her daughter down the wrong path. But Logan loved Rory and was willing to defy his family to be with her. As Gilmore Girls ended, Logan had proposal to Rory but she turned him down to pursue her career.

Now, it is years later and we return to Stars Hollow.  What will happen with Rory and Logan?  Will they find happily ever after?  Will the Rory best boyfriend debate end with Logan being the victor?  Stay tuned.

Gilmore Girls: A Year In A Life airs November 25 on Netflix.

4 thoughts on “Spotlight: Logan #GilmoreGirls A Year In A Life via @stacyamiller85 #GilmoreGirlsRevival #MattCzuchry”