I know it happened almost a week ago, but it’s taken me this long to calm down and be able to actually write a review. Otherwise it would have all been angry keyboard smashing.

See I love the X-Files a lot. I love the X-Files like how Mulder loves supernatural cases and Scully loves to logically explain them away. I have had a deep attachment to this show since I was only a child and I grew up with it. This tenth season was the first time I was able to experience this brilliant show as an adult and I was so, so ready for it.

The first five episodes didn’t disappoint. In fact the one with the were-lizard is probably my new all time favorite. The sixth and last episode also didn’t let me down. It was a very X-Files episode full of huge dramatic arcs, weird science, shady government entities, aliens, and even a possible biological apocalypse. What let me down was the fact it didn’t end.

Normally this wouldn’t have been a problem. I would be writing a, “I can’t believe that cliffhanger! How will we ever be able to wait for the new season?” review. Except as we all know, this was it. It was amazing we even got these six new episodes. There are no new plans for a season eleven. No upcoming movie. No comic or book tie-in. It’s done. Sure there is talk that there may be more, but that’s all it is-talk.

We are left now with things even more undone than when we began. While very X-Files, I was very much hoping for a little closure. Did I expect that the Cigarette Smoking Man would be taken down with his entire shadowy  club, Mulder and Scully get back together and miraculously find their son (with his Aunt Samantha of course) and they would all live happily ever after? No, no matter how much my traitorous heart tries to get me to accept it. This is the X-Files dang it, and they do not do endings with a bow on top!

The episode had all the promise and none of the time to finish anything up. Scully and Einstein have to find a cure for a strange sickness that is striking all over the world. The only way they can do this is to use Scully’s alien blood and create a vaccine. I was in awe at how they had actually made Scully ‘immortal’ now. Scully even finds out more of the truth from Monica Reyes, another blast from the past. 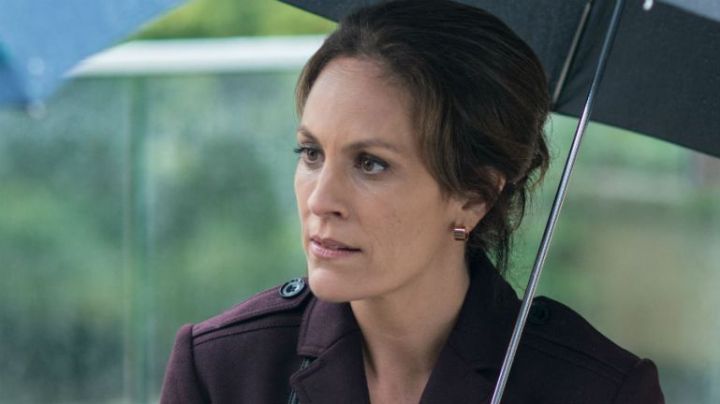 Mulder was also busy. After fighting a strange agent sent by the Cigarette Smoking Man, Mulder ends up finding his long time enemy himself. The man wants to save Mulder, like he has Scully and give him a seat at the table of knowing everything. The only thing he has to do is let most of the world die. Mulder of course refuses, but is so ill at this point that he can’t stop anything from happening. Luckily Agent Miller shows up and is able to get Mulder away. Miller tries to reach Scully so she can save Mulder, but he is unable to with the traffic. 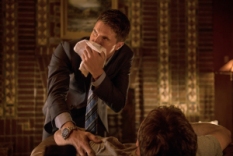 Scully reaches them, but then in the last moments of the show a UFO shows up. It is a triangular one much like we had seen at the beginning. It’s light is shining down on Scully, Miller and Mulder in the car. It’s reminiscent of when that girl was blown up in her own car, but could also be salvation if it’s Mulder’s friends who knew of this technology or even aliens. Which is it? We never get to find out as the show ends.

That’s it. There’s no more. Was the world saved? Did Scully and Mulder make it out alive from the UFO? Was Scully able to cure Mulder? What about their son they kept hinting about the entire season? I can almost let the son go as his loss has been more a point of Mulder and Scully’s shared grief and reason for their separation. The more they came to accept it, the closer they became throughout the episodes. I can definitely live with that outcome, even if we never get to see William again.

Still this is the end. The end end. Shouldn’t we have some bit of closure? A yes Scully saved the world and Mulder and maybe, just maybe they’ve mended their relationship. Or maybe they died and it was up to Miller and Einstein to carry on finding the truth. While there is always the possibility of more X-Files later, there is no guarantee of it either and I really wish we had been given at least a bit of closure to this wonderful world. As Scully used to write in her reports, trying to explain the unexplained and mostly not knowing the truth of it all, but understanding her own truth at least.

I feel like we needed another thirty minutes to really wrap up an excellent season ten, but we were instead cut off. It’s why I made my title of this the way I did. While I thoroughly enjoyed the X-Files and I can appreciate the last episode for what it was-I still think we needed just that tiny bit more to finish it off.

What were your thoughts on the finale? Tell me below in the comments or come on over to our twitter, @thenerdygirlexp or my personal one, @quietlikeastorm.

Just remember, the truth is still out there…