Now that I’ve watched this series four times now, it’s time to review each episode.
Are you ready to dive into Stranger Things? Let’s go!  ****SPOILERS****

Stranger Things – The Disappearance of Will Byers

It’s 1983 in Hawkins, Indiana, a scientist is attacked by some kind of  unseen creature. 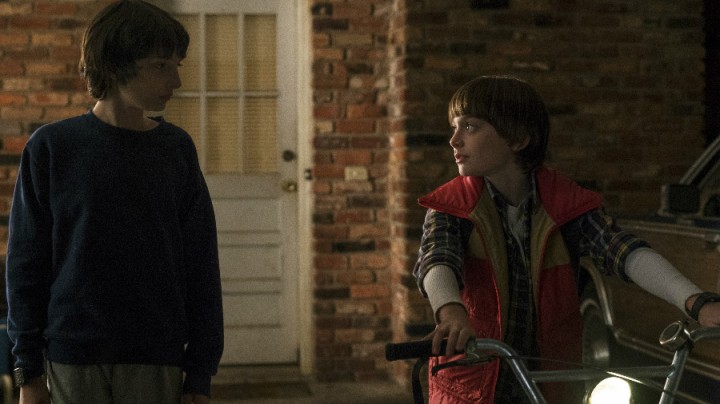 Four boys around 11 or 12 are playing an intense game of D&D, at Mike’s (one of the four) house. Mike’s mother sends the other boys home as the hour is getting late. Dustin and Will race towards home. As Will keeps going towards his house, he feels as though something is following him. He makes it home, yet that creepy feeling is still with him. Being alone in the house, I’m sure didn’t help. Will goes to the shed to retrieve a little rifle to protect himself. While in there, creepiness ensues and our beloved Will is gone. 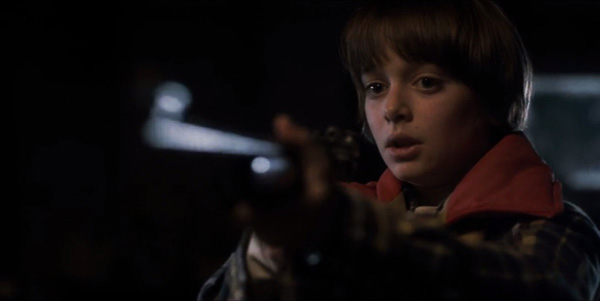 Following morning, Will’s mother and brother, Joyce and Jonathan, can’t find him. They assume he went to school early, after calling Mike’s house and speaking with his mother. 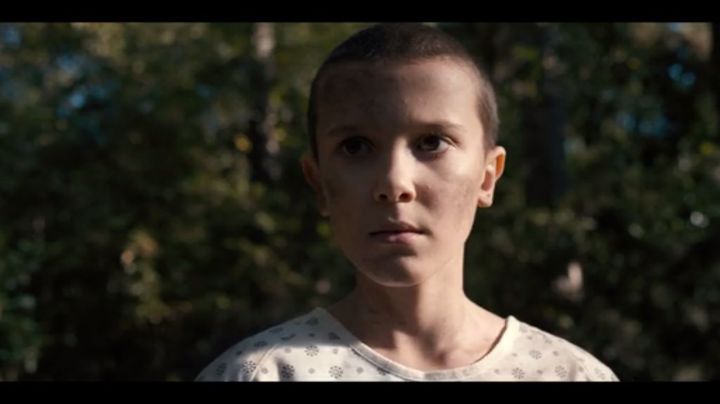 At a local diner, a young girl, with a shaved head, wearing a hospital gown tries to steal food but is caught by the owner, Benny. Taking pity on her, he feeds her and tries to talk with her. She’s not much of a talker, but she has a tattoo on her arm, eleven. Benny asks about it, she points to herself. Little does she know, while he was preparing her food, he called social services. A woman arrives pretending to be said social worker. She kills Benny, while armed men search the diner for Eleven. She escapes! Well Benny, you seemed like a really nice, decent guy. It’s a shame we don’t get to know you. 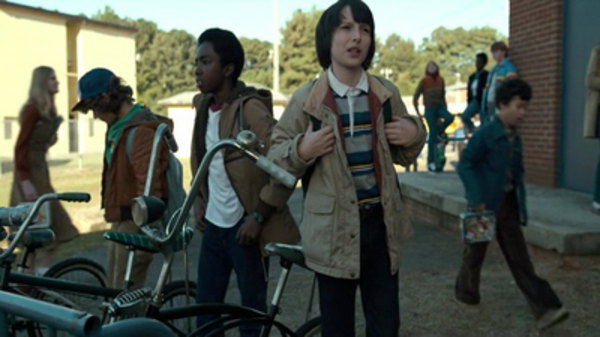 At school, Will’s buddies, Dustin, Mike, and Lucas wait around for  Will. After dealing with some bullies, they head to class, hoping he’s already beat them there. Now, we know he’s not there but it’s still disappointing to see the boys faces when they don’t see him.

Joyce goes to Hopper, the local sheriff, to report Will missing. During this conversation, it’s very apparent that Hopper and Joyce once had a thing. Hopper goes down to the school and talks to the other boys. He makes it very clear that they are to go home after school and not go looking for Will.
Hopper puts together a search party to go looking for Will in the woods. They find his bike, but not him. Hopper knows that no kid would leave his bike behind, bikes are like gold to kids. 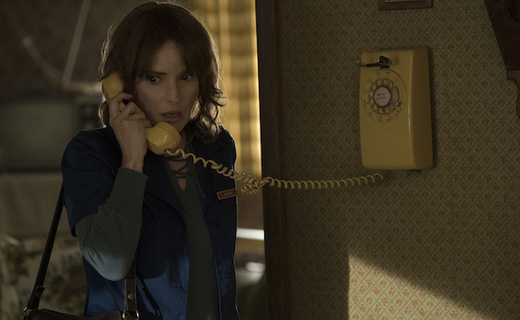 Back at Will’s house, Joyce receives a phone call (don’t ya just miss those cord phones). The call is very distorted but she makes out Will’s voice saying Mom, just as quickly the phone seems like it got hit by lightening. Not long after, Hopper shows up and tells her about finding the bike. She tells him about the call. At this point, Joyce just seems like a crazy person.

Guess who didn’t listen to Hopper? Do they ever? While out looking for their friend, Dustin, Mike, and Lucas stumble across Eleven. Will takes her home for the night, with plans of getting his mother to help the next morning.

The first episode is definitely intense. All the 80’s nostalgia brought on so many memories. I really enjoy this story and cast. The Duffer Brothers and the crew are amazing. This is the show we’ve been waiting for a long time.

What are your thoughts on episode 1? Let me know in the comments below or find me @erinwise82 or @thenerdygirlexpress