In two weeks, CBS’ The Inspectors will air its Season 2 Premiere.

For anyone unfamiliar with the series, The Inspectors airs Saturday mornings as part of CBS Dream Team lineup. It’s a half-hour drama that helps educate viewers on the dangers of postal crimes so that they don’t fall victim.

I’ve written several articles about the show as I believe it is a valuable piece of television. It delivers a non-preachy message with intelligence through likable characters played by an appealing group of actors. Jessica Lundy and Terry Serpico as Amanda and Mitch are powerfully strong performers who leave viewers with no doubt that they will catch the perpetrator.

However, today I’d like to talk about the younger actors on The Inspectors and how their characters help further the series narrative. Bret Green (Preston), Erica Marie Sanchez (Veronica) and Harrison Knight (Noah) are the series ‘The Three Postal Musketeers’ with a friendship that lives up to Dumas’ “One of all and all for one.” They cared deeply for each other and will always have each other’s backs.

Preston Wainwright (Green) has dealt with several serious life-changing blows.  His father was killed in the car accident that cost him the use of his legs.  I’m sure he has experienced pain and bitterness over the plight of his life, but he has a determination to succeed.  To this end, Preston takes an internship in the postal crime lab and helps his mom Amanda and Mitch to solve the crimes. I believe Preston strives to make his parents proud and to show the world that being physically challenged doesn’t make you any less capable of having a normal life.

Veronica Ruiz (Sanchez) is a young woman trying to find her way.  She recently decided to strike out on her own and moved out of her parent’s house but realized (thanks to the flee bag apartment she rented) that needing your family didn’t make you any less of an adult. Veronica has an interest in journalism but her real passion lies in singing.  She made the choice to spend the summer in Italy and will more than likely return with a maturity being away from your family gives you.  But upon her return, Veronica will have to confront her feelings for long-time friend Preston. 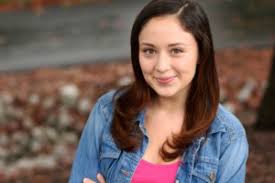 Noah Waldman (Knight) may appear as the happy-go-lucky one of the trio but in truth, he is struggling to find his identity. Who is Noah? What does he want from life? Several Season One episodes showed Noah pursuing various interests. He is a creative young man with a talent for rap and a passion for film making.  How will he utilize these interests in Season 2? 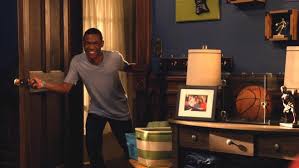 The growth of these three characters as well as how they fit into The Inspectors to further the plot will be a highlight of the new season. Preston may be the crime lab intern but will Veronica and Noah be instrumental too in helping Amanda and Mitch solve more cases?  The possibilities are endless and I can’t wait for Season Two to begin!