The long wait is finally over and a new exciting season of Vikings begins tonight. Read on for news, info, my recap, and future predictions of what the characters will be up to in this upcoming season.

First of all, if you haven’t watched Vikings yet, do yourself a favor and binge it ASAP. If you’re only a bit behind, watch the history channel starting at 3:00pm/E see the last season and at 8:00pm/C will be a recap special presented by Ubbe, one of Ragnar’s sons and then at 9:00pm/C will be the premiere episode. Plus the Nerdy Girl Express will be live tweeting it so make sure to join us!

Past this are spoilers for previous seasons

We left off with a time skip where we saw all of Ragnar’s younger sons now grown, Björn now a leader, Queen Aslaug still in charge but even more flippant, and this is probably due to Ragnar disappearing on them for ten years. After their defeat in Paris and Rollo’s betrayal, it seems Ragnar has really lost his way. Not to mention the whole detoxing off opium. Ragnar has a lot of flaws, but he has always loved his family and tried to do his best by them. So for him to abandon them all for a decade is unheard of. Of course we saw at the end that he has returned, and is demanding who wants to kill him and take his place.

I’m sure Ragnar knows he deserves that fate and he may even wish for it somewhat. I really believe though that he has got his head straight again and has plans. That man always has plans. Crazy like a fox plans. I’m guessing they will be going back to Paris sometime to deal with their devastating loss and Rollo. But as the preview highlighted they are also going back to England to avenge their murdered colony.

I think the dynamics between everyone will be crazy this season. Ragnar and his sons dealing with his abandonment and how they’ll deal with being under his command (because I don’t doubt for a moment that he won’t still be in charge somehow). Björn was always happy to be reunited with Ragnar, but I feel that will no longer be the case and I highly doubt any of the others will forgive so easily.

There is also the unknown son in England that King Ecbert has raised. Does he know his heritage? Is he interested in being with his father, or loyal to England? I think Vikings will play them both up and have him very conflicted.

There is also Athelstan’s son. I want him to be sweet, smart and open minded like both his mother and late father, but he was given that sword by the pope and told how he’s special. I’m thinking he will be trying his best to defend England and when Ragnar finds out who he is, it will absolutely torture him.

We also will see Ragnar and Aslaug  and the tattered remains of their marriage. They both know now they don’t love each other. But will Aslaug’s clinging nature prevent her from seeing it or giving up her current station? Will Lagertha be brought back into the mix? Or will she refuse? Maybe she will be married to someone else or at least have a dedicated and this time loyal lover.

We also have the mystery of Björns love life. Is he still with Torvi? Do they have any children? Is Bjorn actually paying them any attention unlike his first daughter? Will Thorunn ever return? I’m hoping so, she was a really interesting character. I’d rather her and Torvi not fight, they’ve both had great arcs and development. I can always hope that they just go and murder Englishmen together can’t I?

We also have Floki and Helga. It’s been shown that Floki is having visions, what will that mean for their future? Also will he still be loyal to Ragnar? They were definitely not on good terms before, but time and distance might have changed that now. Helga has been through so much, I hope she is doing really well and getting Floki to actually behave. Will the loss of their daughter still be a wedge between them? 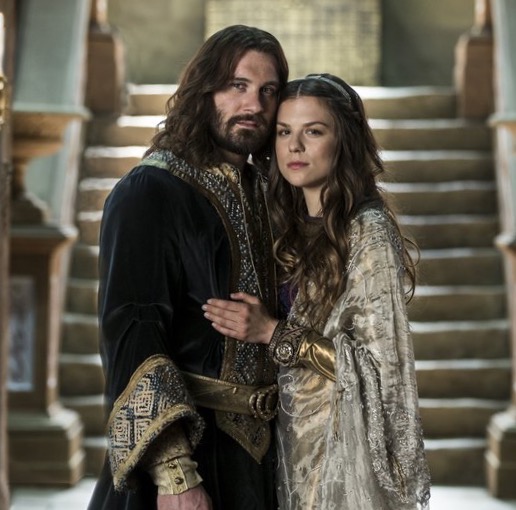 Finally there is Rollo. After his (shocking only to brother Ragnar) betrayal and joining France, what will he be up to? Has he regretted leaving? Will he have many children? Will he let his ambition be even greater than it’s already been?

Gisla’s father was already older before the ten year time jump, I expect he won’t be much longer for this world and that there will be a lot of fighting on who will be the next King. I also wonder if there will be an alliance between England and France against the Vikings.

We’ll find this all out starting tonight! Make sure to watch it on the History channel starting at 8:00pm/C and again the NGE will be live tweeting it so make sure to join us. #Vikings