Family takes on a different meaning in this transformative and inspirational new drama when Scott Perry, a loving father of five, has his entire life’s plan thrown into upheaval by an unexpected health scare. He calls on a few of his most trusted friends to step in as back-up dads to help guide and support his growing family – just in case he ever can’t be there to do it himself. There’s Anthony, Scott’s oldest and most loyal friend; Larry, his tough-love AA sponsee; and Oliver, his dedicated doctor and wife’s dearest friend. Together, they discover that there’s more to being a father than anyone could do alone – and more to being a family than they ever thought possible (NBC.com).

Season 1 Episode 4 is titled “The Sixth Stage” Here is the synopsis from TV: “Robin contemplates romantic life after Scott. Luly and Evan make a risky investment with their loan money. Anthony prepares for the transition of the Crab Shack and develops a surprising friendship with the new owner’s representative Margot. Larry confronts his past failures and tries to make amends with his new family. “ 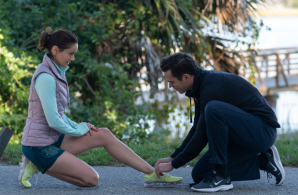 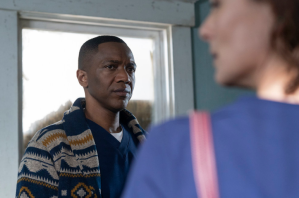 Is Robin ready to make the next step to move on? pic.twitter.com/V5oylfAtau