It’s time to begin our journey into the world of the Immortals. There can be only one.

First let me say, I have been a fan since the beginning, my oldest son’s middle name is Connor specifically because of the movies, no joke. I thought it was really awesome they included Connor Macleod in the first episode to integrate the films and show. So, let’s dive into the first episode recap. Enjoy the little treat at the bottom of the article 😆.

Richie Ryan breaks into Duncan and his long term girlfriend, Tessa’s antique shop. Duncan mistakes him for another immortal until Slan jumps through a window and introduces his sadistic self. Before their fight can get on its way, in pops Connor Macleod. He introdces himself with probably the best line in the episode, ” I’m Connor Macleod, same clan, different vintage”. Richie jumps out a window and takes off. Police sirens begin and the sword fight is over, both Connor and Slan leave.

The next morning Duncan is called down to the police station to identify Richie as the kid who broke into his shop. Duncan doesn’t want to press charges, in exchange for Richie keeping his mouth shut about what happened at the shop. Richie agrees and goes on his way. 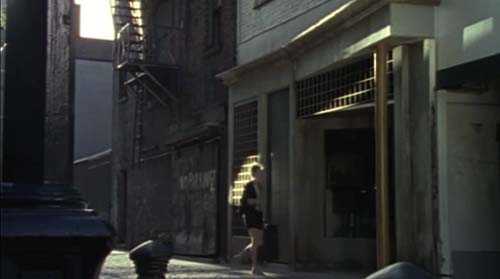 Connor catches Slan watching Tessa. He visits Duncan and Tessa and tells of how he and Duncan know one another. For those of you who swear they are cousins, Connor and Duncan both said they are clans men, Connor was from Duncan’s grandfather’s time. Duncan had always heard an old legend of a man who fell during battle but rose again, some thought it was witchcraft, Duncan thought it was a myth until one day he died and rose again and Connor found him and taught him the ways. He also learns Tessa doesn’t know all the rules of The Quickening, that there can be only one. She’s not to happy to learn this information and leaves the room. Connor warns Duncan how Slan likes to play with his victims. Taking everything they love away before destroying them.

What’s more fun than watching two men practice sword fighting. I love how they take jabs at each other’s ages as they are both centuries old haha. 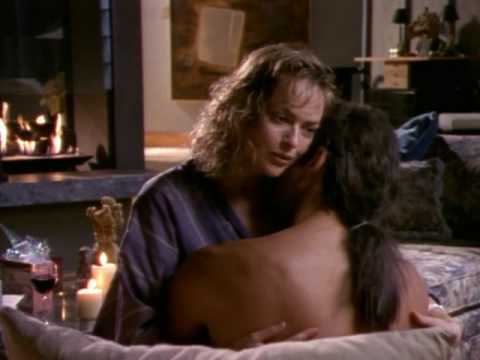 Tessa and Duncan talk about how she will grow old and he won’t. How she may want someone she can grow old with, how he may one day want someone younger. She asks him if after a few centuries does it get easier to cope, with the loss. The last part of what he said was so true, “when they die, you are naked and alone”.

You do have a flashback of Duncan’s life of why he stopped playing The Game (there can be only one thing). As he couldn’t stand the mindless killing any longer. Which so rings true still to this day in real life.

He made a cabin on holy ground to keep out of the fighting, for holy ground is the only safe place for Immortals, as it is the only place where they cannot fight. Which is told during the flashback.

Richie decides to sneak around and follow the Macleods. Some people are so nosey 😉. He watches them practice their sword fighting.

Duncan returns home to find Slan has Tessa gagged and bound. After a couple hits from the sword, Slan gets away. This incident really frightens Tessa and she wants to leave. Duncan assumes it’s him she wants to leave but really it’s the place, she hates the rules of his race. She just wants to be with him, happy and safe. Slan calls Tessa and tells her where Duncan is to meet him, promising to come back for her once he’s done with Duncan. Duncan tells her that even if he wins, he won’t be back, he doesn’t want to put her in danger. Connor is also there and hears the message and after arguing with Duncan, he knocks the younger Highlander out. Connor jumps in his car, with Richie jumping into the trunk to follow along, and heads to the bridge to meet Slan. 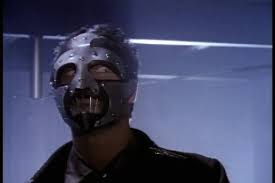 Slan gets the best of Connor using a tricked out sword, sending Connor over the bridge. (Richie is watching all of this). Just then Duncan pulls up and takes on Slan.

He kills Slan and takes his head. (Did I mention Richie is still watching? ) we get to see our very first Quickening on the series! After the Quickening is over, Duncan notices Richie  but pays him no mind as he throws himself off the bridge after Connor.

Duncan pulls Connor out of the river. They see Richie peeking at them.  Connor says to Duncan that he needs to keep an eye on the boy and Duncan said he knew. Which makes me kind of wonder, I know he saw the fighting and the Quickening, but without proof who would believe him, so did they know he’d be an immortal? Do they still get a sense, but not as strong, when they are in the presence of a future immortal? Things that make you go hmmmm.
The episode ended with Connor going to see Tessa to let her know Duncan was alive. She asked where Duncan was and though Connor wasn’t positive, he made a guess. Duncan was at the cabin he made all those years ago. Tessa made her way to Duncan with Connor.  Connor left and Tessa had her love back.
Stay tuned for a recap of episode two.

3 thoughts on “Princes of the Universe #Highlander via @erinwise82”