Let’s continue our recaps of Stranger Things with episode 3.

Where did we leave off…Will is gone, Barb is sucked away, Eleven shows up (with mind powers- channelling my inner Dustin), Joyce gets a phone call or two from Will….yep, that sounds about right.

Barb wakes up in the pool, although it’s not exactly the same pool, being in the Upside Down and all (not that at this point we know about the Upside Down). As she looks around she sees Frank, oops I mean the Demogorgon and tries like hell to get out. She’s not quick enough and he gets her. We also notice Nancy kind of heard Barb call for her. Now Nancy, honey, I don’t care how in the mood you are, you hear your friend scream your name, even if you’re not sure, you get the F up and look. Just saying. I mean damn, you already told her to leave so you could get your naked slip n’ slide on.
(You can check out my parody interview with the Demogorgon in the interview section, he explains so much, including his name lol)

Joyce notices Will can manipulate the lights so she decorates for Christmas early…..a very Quija Christmas…

Just because it’s a small town doesn’t mean Hopper is small town and you can just lie to him. When the “Dept. of Energy” people lie to Hopper about the night Will went missing, he goes on a research mission and finds some pretty interesting newspaper articles. Some of which describe humans, drugs, experimenting, and testing. One of the people experimented on claimed that the lab stole her baby. That Hopper brain is definitely turning.

Don’t you hate having flashbacks of your “Papa” (aka Dr. Brenner from the crazy lab) putting you into solitary confinement for not hurting a kitty? Sucks so much, she hurt people to get Papa’s approval. Is anyone ever gonna explain this bleeding coming from Eleven’s head every time she uses her powers? I don’t want to just assume the obvious because as we’ve seen so far the obvious is so far from the truth, the truth wouldn’t know the obvious if they were sitting next to each other on a train.

Nancy looks everywhere for Barb, even calling her house to no avail. Like I said Nancy, you should have gotten up and looked around, but having your “John Hughes” moment was far more important.

Hey Jonathan, here’s a little advice: When you’re being a creepy perv and take pictures of undressing girls in a window, don’t develop the pictures on school grounds! If you have no where else to go, don’t do it during school hours. The same chick that just busted you, just busted your ass to Steve and his buddies. Not too mention, you were called out in front of Nancy, your pictures are ripped up, and now you have no camera. Feeling pretty crunchy about now huh? I do not condone what Jonathan did nor Nancy sticking around helping him after violating her privacy like that, but it did work out for the best. Nancy found a picture of Barb from that night, sitting on the edge of the pool, seconds from being taken. What’s that in the corner, behind Barb…..is that…..is that…..Frank…..crap I mean the no faced man she saw behind Steve’s house? She goes back to where Barb and her had parked. Barb’s car is still there….Nancy continues to Steve’s and looks in the woods behind his house. She doesn’t find Barb, but she does catch a glimpse of a no faced man. 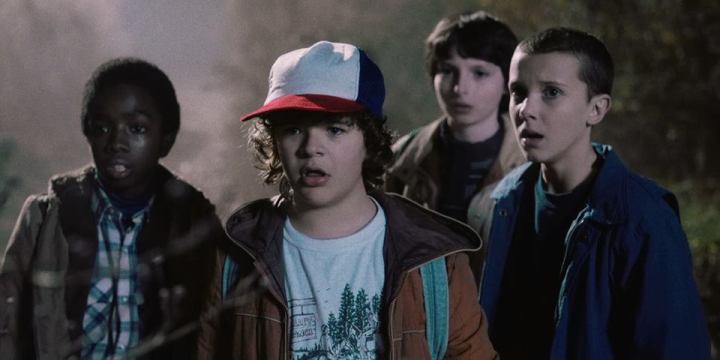 We haven’t even talked about our D&D Goonies! Eleven knows where Will is and takes them on journey leading back to his house to find him. The Brat Pack is not happy to end up back at a place they know for sure he’s not at. About this time they all hear sirens and jump on their bikes to track down the source. Which leads them to the Quarry. 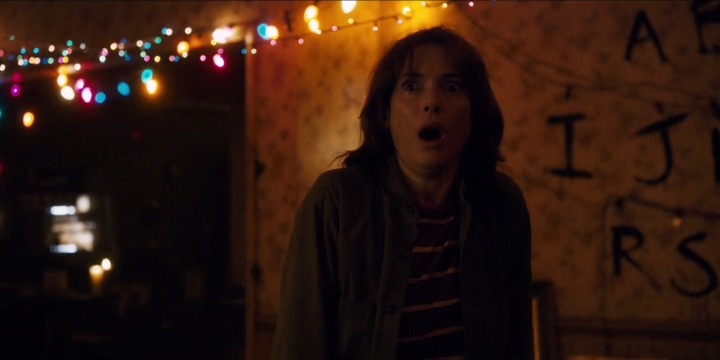 Joyce talks to Will through the lights. She learns he is ok but he’s in danger…..and so is she…..RUN…..the creature is breaking through your wall. She runs as fast as she can and is met by Jonathan…..

Will’s body is pulled out of the Quarry….
Eleven’s trust has been revoked……..

Stay tuned for another recap of Stranger Things

You can find me on Twitter @erinwise82 or @thenerdygirlexp