Everyone knows I’m a huge fan of the Starz channel so it’s no surprise that I have another show from them to share with you. Starz hit show’s first season ended in June, and was very well received. It was inspired by Steven Soderbergh’s 2009 movie of the same name. However, with the show, they take you further into the original plot of a beautiful, young attorney in training leading a double life of a high end escort.

Riley Keough takes on the lead role of Christine Reade in this 13 episode trip down “fantasy” lane. Christine is a young law student in Chicago, who lands a spot as an intern at one of the city’s top law firms.  Everything seems to be going oh so well for Miss Reade, but it could always be better. A friend, Avery, introduces Christine to her fun and lavish world, of being a high end “girlfriend”. After some thought, Christine decides to meet with Avery’s “boss”, and gives the world a spin. 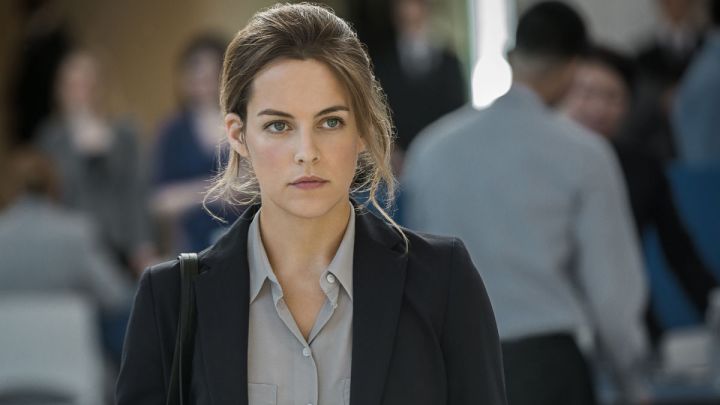 Finding that this way of escorting is much more private and gives her the control, she takes on more clients. Christine, however, doesn’t get why she should have to pay someone to do what she’s doing. Why can’t she find her own clients and deal with them directly? The benefits she receives through her services are unbelievable, and she doesn’t want to share.

The whole season is a back and forth between her two lives and trying to keep them separate. It doesn’t just show you the good, it also shows you the bad. At one point she gains a stalker, who learns her real identity. At another point, she’s on the verge of losing it all, including her family. They even threw in some blackmail for good measure. I know I was hooked. It was really intriguing to get a closer look into what it would be like to be a high paid sex worker, it’s definitely not as glamorous as it’s made out to be.

Riley is quite an actress. Extremely believable in her role. A lot of her scenes, she acts with her facial expressions alone (no, not just in sex scenes) and you can really tell what Christine is feeling at that time. You can almost read her mind. I really applaud her performance.

I’d definitely recommend you guys binge this over on Starz. Fair warning, it is Starz, there is TONS of nudity and obviously sex.
(That should have sold must of you lol)

Starz has confirmed a season two of GFE, however, Riley will not be in it. The second season will feature a new “girlfriend” and follow her path.