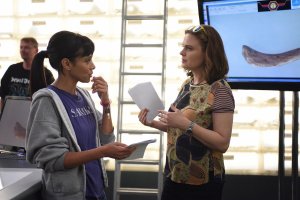 Here is the synopsis from TV Guide: “In the Season 12 premiere, the team searches for Brennan, who was kidnapped by former intern Zack Addy.”

Will Booth (David Boreanaz) and the Jeffersonian team get to her in time? Don’t miss the Season 12 Premiere of Bones “The Hope in the Horror” airing Tuesday, January 3 at 9/8c on FOX.

One thought on “@BONESonFOX The Final Chapter: The Hope in the Horror Preview via @stacyamiller85 #Bones”