How would you like to spend Thanksgiving Day with General Hospital’s Carly and Sonny? 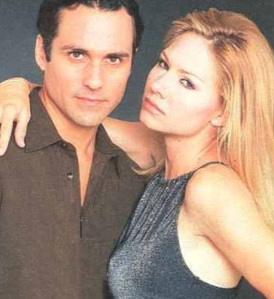 ABC’s General Hospital is airing a classic episode featuring Sonny (Maurice Benard) and Carly (then played by Sarah Joy Brown).  The episode originally aired on November 27, 2000 and is Episode #9,647.

Not only will it be good seeing a classic General Hospital Thanksgiving episode, this also seems like the perfect time to air an episode pairing Benard and Brown as it has been announced a new The General Hospital Collection: The Best of Sonny & Carly that contains episodes with their portrayals of these characters is currently available until February 12, 2019 on ABC.Com and the ABC app.