Romaine Waite is currently starring as Bill Peters in the CBC series Frankie Drake Mysteries. I had the chance to chat with him about this series and his character as well as his upcoming appearances on The Hallmark Channel as part of the Hallmark Movies & Mysteries film series, Crossword Mysteries: Proposing Murder and Crossword Mysteries: Abracadaver. Thank you to Romaine Waite for answering all of my questions.

This is always a tough one to answer. But since people can already google my acting work. I guess I should share some other stuff. Like, one of my other goals is to eventually open a small restaurant. Every few months we’ll switch up the menu to keep it interesting. I’ve always enjoyed the idea of getting to know someone over a nice home cooked meal. Or the feeling you get watching Anthony Bourdain: Parts Unknown or Diners, Drive-Ins and Dives. I would love to recreate those feelings of joy, comfort, and satisfaction in a restaurant — and yes I would be cooking the food.

And like everyone else, I too have guilty pleasures. The biggest one is my love for game shows. My two favorites are The Price is Right and Let’s Make a Deal. They come on back to back, so I’m pretty much a couch potato for that time period. Don’t be surprised if you see me as contestant on one of them, in the near future. Finally, I’d like to admit something that I’ve been keeping inside for a long time. I’ve been having an affair with…Cinnabon. Yes, the American chain of baked cinnamon goodness. I love baked goods in general but Cinnabon has my heart. just thinking about it, I want to go buy one or two — don’t judge me.

You are returning to Frankie Drake for the new season as Bill Peters. How would you describe the series and your character’s role in it?

The show follows Toronto’s only female private detective in the 1920s as she takes on the cases the police don’t want or can’t handle. I like that the story is centered on women of the ‘20s. I don’t think many people are aware of the contributions women have made in that time period. It’s amazing to showcase the impact that women have had, by showing them in a strong positive light, not just for inclusion in the history books but to hopefully inspire young women. Working on the show has been a wonderful experience. Although viewers don’t know too much about Bill Peters yet, they can get an idea of who he is by the way he treats Trudy. He’s compassionate, devoted, honest, and at times naïve. Through Bill, audiences get to experience the personal side of Trudy Clarke. It’s important to see well rounded and fully developed characters on screen.

What have been some of your favorite moments on set?

It’s hard for me to narrow it down. To be honest, the cast and crew are always a pleasure. Which makes any day on set a good one! 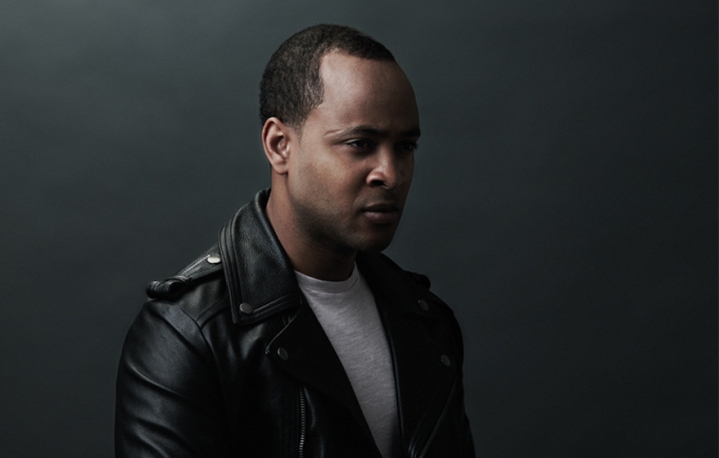 You will also be appearing on The Hallmark Channel this October. Could you discuss your role as Winston Sams and the Crossword Mysteries series?

Crossword Mysteries is a TV movie series starring Lacey Chabert (Mean Girls) and fellow Canadian Brennan Elliot (Cedar Cove). I join the series for the second and third installment as Detective Winston Sams. He’s a rookie detective, and eager to prove himself to his partner Logan O’Conner (Brennan). The series follows Logan and Tess (Lacey) as they try to solve murders with traditional and non-traditional methods. It’s grounded and somewhat gritty, different from what you might expect from Hallmark. It has been a really fun part to play so far. We filmed in North Bay over the summer.

Do you personally enjoy mystery stories?

Definitely, plots that aren’t easily figured out are always intriguing. I’m still trying to figure out the ending of Shutter Island.

You have also appeared on stage, could you discuss Nuts and Killcreek?

These plays bring back so many good memories. Participating in the production of Nuts is probably one of my top five acting experiences. This was early in my career and I was still trying to figure out my craft and what I was capable of doing. This was like a gym for my acting muscles. I not only learned about myself but also the importance of collaboration. Killcreek was a similar experience — amazing role, story and collaborators.

How do you hope to connect with others through your craft?

The ultimate goal, is to have my craft expose truth and lead to honest conversation/healing. It doesn’t always have to be truths about our world or social issues. It can be personal too, things that we may have a hard time discussing. I think cinema is a great medium, for audiences to learn something new about one another, and hopefully bring us closer together. I admire the work of artists like Ava Duvernay, who are always pushing audiences to new levels of truth.

Do you have any additional projects you’d like to discuss?

I recently completed a short film that I wrote and directed. This was my first time wearing those creative hats — I’m very excited to share it. We’ve started the process of submitting to festivals. It could show up in film festival near you. The film is called 36 HAMMOND DRIVE. It’s about a detective (no it wasn’t inspired by Winston, although that would be cool) that faces a tough decision. Either expose his true intentions, or fight to the death for the woman he loves.