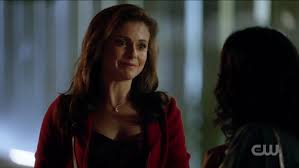 Dr. Olivia Moore has been working over 80 hours a week at Seattle General Hospital and it is putting a strain on her marriage to her husband, Major.

She knows that he’s NOT going to be happy when she tells him that she has to work on Christmas day since she missed Thanksgiving.  Liv tried to explain to him that being a doctor is important, she saves lives. But she has to admit to herself that it’s more than that. Dr. Moore enjoys the praise she receives as Seattle General Hospital’s youngest Chief of Staff. The only thing Liv hates about being in a position of authority is making hard decisions due to budgetary reasons. Like when she had to terminate the Medical Examinator, Dr. Ravi Chakrabarti. Although she doesn’t know him well, he seems like a nice enough guy. But the hospital can get a cheaper paid ME for what Dr. Chakrabarti gets paid. Liv Moore just wishes her husband Major had higher career ambitions. She wishes he was more like Blaine DeBeers, Seattle General Hospital top contributor. Liv was flattered when Blaine kissed her the other day, even though she told him it would never happen again.

She doesn’t know what it is, but Liv feels something’s missing in her life…a great purpose.

“I just had the worst dream.” Liv tells her boyfriend Major. 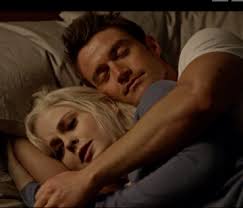 The dream helped Liv to realize that although there are some things she doesn’t like being a zombie, she didn’t like the person she was in her dream. And kissing Blaine? Really, where did that come from?