UPDATE:  Paramount Network is airing a documentary “I am Patrick Swayze” on Sunday, August 18, 2019 on what would have been the icon’s 67th birthday:

My favorite movie of all time is the television miniseries North and South that aired on ABC in 1985.  Based on the novel by John Jakes, it tells the story of two families, one from the North and the other from the South whose lives become intertwined due to the life long friendship of the two sons, George Hazard and Orry Main who meet at West Point in 1842. Everything about this epic stirs me thirty-one years after its original airing. 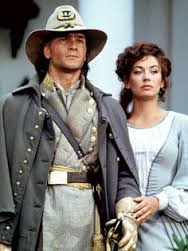 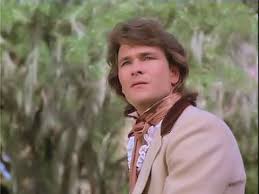 It is hard for me to choose my favorite actor in North and South as everyone was amazing in their roles but if one performance stands out in my mind, I would have to say it was that of the late Patrick Swayze who played Orry Main.  Everyone I have ever spoken with always mention Dirty Dancing as the first time they knew of Swayze’s work. His dance moves as Johnny Castle is what stands out for them.  For others, it’s Sam Wheat in Ghost. And yes, both these performances were amazing. But for me, nothing tops Orry Main. Patrick Swayze expertly brought Jakes’ character from the page to the screen. 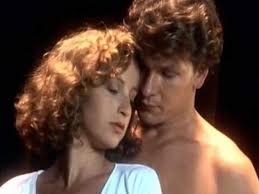 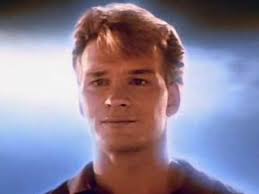 After North and South in 1985, I made it a point to follow Patrick Swayze’s career. Thus, I went to see Dirty Dancing when it opened in 1987.  I’ll never forget the experience. At the part towards the end when Johnny and Baby (Jennifer Grey) dance to “Time of My Life,” everyone in the movie theater literally got up and started dancing with them! It was the most magical time I ever had at the movies.  My twin sister Tracy and I saw Ghost together.  Tracy recently mentioned to me that Ghost is her favorite Swayze movie as the story behind it is one that touches her.

My least favorite Swayze movie was Next of Kin. If someone asked me what it was about, I couldn’t tell them as all I remember from it was something about a fight with bows and arrows in a cemetery.  I may have to rewatch it as my memory of a movie that I saw 27 years ago is sketchy. A lot of people weren’t huge fans of Red Dawn either but I actually liked that movie.

In addition to his extreme talent as an actor and dancer, Patrick Swayze was a true Southern gentleman in every sense of the word.  His love story with wife Lisa Niemi reminded me of Orry and Madeline’s love in North and South.  Swayze and Niemi met as teenagers at his mother’s dance studio, fell in love and married. Their marriage lasted until his death in 2009.

Patrick Swayze is an actor who will forever be loved by millions.  I thank him for his many contributions to film and television but especially for North and South and Orry Main.  The promos for the miniseries described it as “John Jakes unforgettable saga of love and war.”  So true, I’ll never forget the impact of North and South in my life and Patrick Swayze as Orry Main.