Who remembers Fox’s dark comedy Titus starring none other than Christopher Titus?

Though there were often episodes that weren’t aired…..censorship……yea sometimes the show pushed a bit too far, it was one of my favorites.

Based on his stand up act, loosely based off his life….Chris took us through the life of a man-child, who owes a custom car shop Titus High Performance. During the show, Chris tries to pretty much get through his everyday life with his dysfunctional family. Crazy situations with his stoner brother from another mother Dave (Zack Ward), his alcoholic womanizing father Ken (Stacy Keach), his best friend Tommy (David Shataw), and his sweet as sugar girlfriend/finance Erin (Cynthia Watros) kept this show interesting and funny.

The show’s episodes would start with Titus turning on a light bulb, saying a few words and would end with the light being turned off, which I always thought was pretty cool. I liked that a lot of the situations portrayed were things that people have and do go through on a daily basis but with a twist of comedy spun on it to lighten things up. Not to say they were never serious, I do remember a few episodes that took on some pretty serious issues and dealt with them, well, the way a lot of us would handle them. And sometimes in some ways we wouldn’t handle them…..ways that just leave you laughing. From dealing with a manic-depressive schizophrenic mother, trying to win the approval of his alcoholic father, dealing with his father’s heart attacks, cheating on and being cheated on by his girlfriend, car accidents, domestic abuse, to losing his own shop and everything in between, even a character killing someone, Titus truly puts our title character through Hell, as well as our other characters. I guess that’s why I liked this show so much is how real it was. I mean this stuff happens everyday, you can either sit back and do nothing or grab the situation by the balls and fight your way out, with a little laughter behind you. 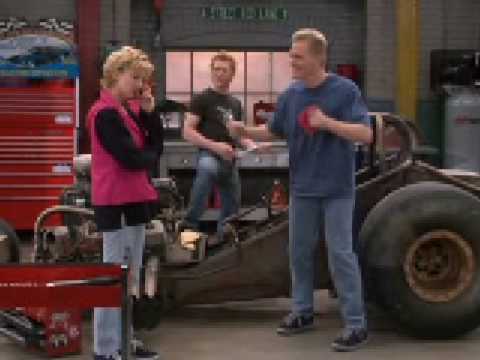 I was a fan of all the characters, they all brought something wonderful to the table. They seemed to play off each other very well, again making for damn funny hijinks. It’s a shame the show was cancelled as I thoroughly enjoyed it.

You guys ever watch it? Have any favorite episodes? Drop me a comment below or find me on Twitter @erinwise82 or @thenerdygirl