December 28 is Terri Garber’s birthday. As the world turns, she’ll forever be a part of the Main Dynasty thanks to her memorable film and television roles.

As someone who has watched countless different types of film and television over the decades, if anyone were to ask my favorite genre, I couldn’t give them one answer. But what ranks high is my love for historical pieces, whether they are based on real life people or fictional characters who interact with famous persons in history. Author John Jakes is my favorite writer as he has a way of expertly blending both.  Although I’ve enjoyed his Kent Family Chronicles, my favorite is his North and South. The 1985 miniseries based on John Jakes’ novel of the same name is my favorite movie of all time.

On Tuesday, November 5, 1985 in Episode 3 of the television miniseries North and South, I was introduced to the actress who played Ashton Main Huntoon: Terri Garber.  And once I got a glimpse of this talented performer, I knew I’d follow her career. I watched Terri on television shows such as Quantum Leap, Midnight Caller, Dynasty, the movie No Man’s Land with Stella Stevens and in the now defunct daytime drama Santa Barbara.  In fact, I wrote my first fan letter ever to Terri when she played Suzanne Collier on Santa Barbara and was pleasantly surprised to receive an answer back.  In the days before the internet, when you mailed a letter to a television studio you had no idea whether the actor you sent it to would ever see it.  If there’s one positive aspect of social media, it is the ability to immediately let entertainers, musicians, artists and authors know how much you admire and appreciate their work. In 2015, I began tweeting about my love of North and South and again, I received a surprise when Terri started responding to my tweets about the miniseries and her role as Ashton. 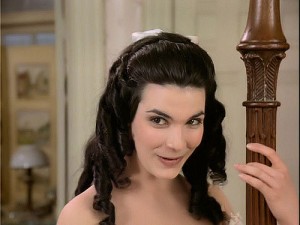 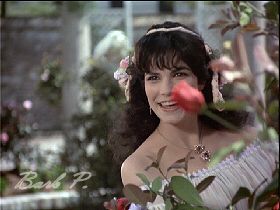 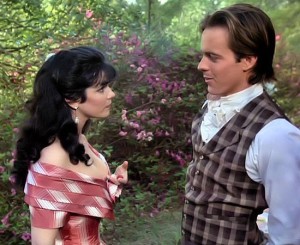 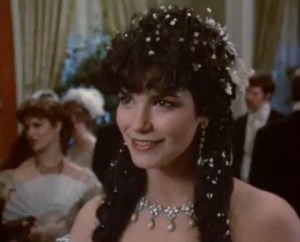 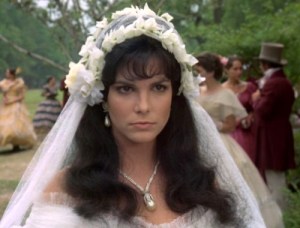 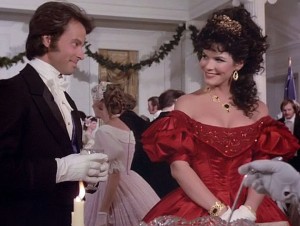 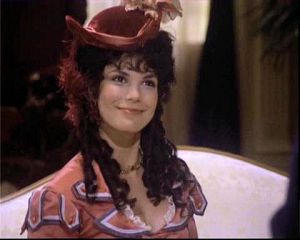 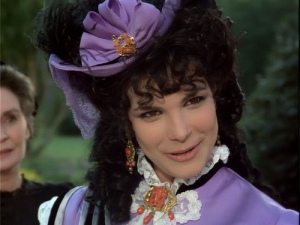 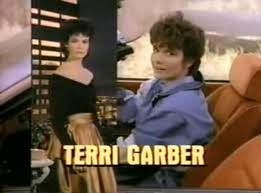 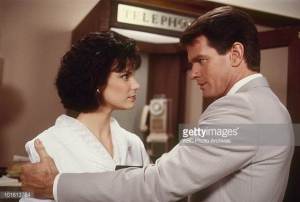 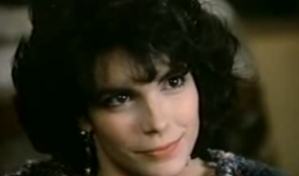 In January 2016, I interviewed Terri for The Nerdy Girl Express.  She shared her memories of North and South as well as her other projects Dynasty and As the World Turns. What a joy it was to finally get to speak with Terri after admiring her work for over thirty years. She later agreed to another interview to discuss Sisters Alchemy, the all natural homemade soap company she started with her sister Lisa Rubenstein. I can attest to how fabulous these products are from personal experience. 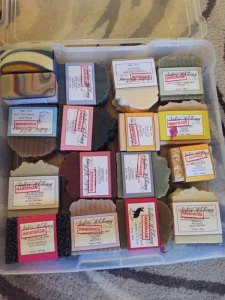 So as you celebrate your birthday Terri, I send fond wishes to you for a day spent surrounded by those you love and who love you.

A Feast of Memories, a birthday poem for Terri Garber-Roudebush by poet and The Nerdy Girl Express writer Tracy Diane Miller

Life feels like a buffet table to satisfy our journey so well,
Experiences serve to feed us,
A feast of memories to tell:
Memories have a voice,
To guide us along our way,
All we must do is to listen,
And we can hear what our memories will say.
On a December morning,
Belonging to yesteryear,
A little girl named Terri was born,
And this little girl, with a spark to so endear.
A smile became her calling card,
To brighten many a day,
And for all who are so fortunate to cross paths with Terri,
Do you know what their memories would say?
There is something special about Terri,
Like a sliver of the sun who peeks out from the clouds on dark days,
When hearts become full with uncertainty,
Seeking refuge in hope and the infinite possibilities that are conveyed.
As time marched along,
As little Terri grew,
A feast of memories remained,
And hope was still pursued.
Life became akin to a script,
Terri dismissed doubt and its lingering wrath,
Then an actress was born,
Creativity guided her on this path.
What was her objective?
Could Terri have even known?
The life she would breathe into so many characters,
The memories for audiences that Terri has sown.
Of Ashton:
A Main, a beguiling woman was she,
Of the north and of the south,
Of broken hearts, yet resilient characters in John Jakes’ books
where readers were fed,
Of a sweeping miniseries to fill our consciousness,
Sustainable as the decades moved ahead.
And later a Dynasty that fed on arrogance,
And Leslie was her name,
A Carrington cousin, a poor relation she lamented:
How ever would Leslie succeed at so heartless a game?
There were missteps sure,
But in the end Leslie sacrificed her own safety, her safety hung by a thread,
For an innocent baby’s life was at stake,
There was no time to be afraid.
Real life is often stranger than fiction,
The thorns on the road make our legs bleed,
Yet Terri, this daughter,
This sister,
This friend,
This wife,
This mother,
Through life’s thorns, she finds a way to succeed.
She is constantly reborn,
Like that glorious phoenix famed in a tale,
A feast of memories to feed her,
Terri will always prevail.
I am proud to know her,
Terri is a woman to admire,
That little girl she once was,
And through time she continues to inspire,
So on this day,
As memories fill the Earth,
I write this poem to celebrate Terri,
On this anniversary of her birth.

Photos taken from the internet; credit given to original sources.