There will be no new General Hospital episodes for four days.

General Hospital viewers shocked when Oscar (Garren Stitt) collapsed at the end of the Tuesday, August 28 episode will have to wait another week to learn why it happened. The ABC daytime drama is slated to air encore episodes from Wednesday, August 29 to Monday, September 3, 2018.  These episodes were originally shown Friday, January 26, Monday, January 29, Wednesday, January 31 and Friday, February 9, 2018 and feature Nathan’s (Ryan Paevey) shooting by his father Cesar Faison (Anders Hove), Nathan’s death and his funeral.

It looks like the reason for the repeats are because there wasn’t enough pre-emptions to accommodate for the number of filmed shows. ABC Executive Nathan Varni addressed fans’ on Twitter concerns:

“You shouldn’t be worried,” Varni tweeted. “It’s been planned for months. Last year we didn’t have to take additional encores because Trump interrupted the show so much. This year, with less interruptions, we needed to take some extra days off based on the number of new episodes we produce for you.”

So viewers will get to see Detective Nathan West’s family Maxie (Kristen Storms), Liesl (Kathleen Gati) and Nina (Michelle Stafford) deal with the heartbreaking events leading up to his shooting, the fatal shooting and the teary funeral. Watching Gati, Storms and Stafford as Nathan’s grieving family felt like witnessing a real family deal with a tragic loss.

New episodes of General Hospital will resume on Tuesday, September 4, 2018. 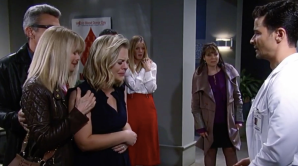 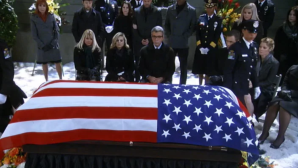