Life gets turned upside down for a thirty-something Wisconsin father and husband, Steve Anderson, when he needs to travel cross-country to attend to his dementia-ridden father. Joined by a young aspiring musician, Connor Martin, and his sister, Sarah, the three unlikely friends learn that unexpected turns can lead you to a life better than you ever dreamed (IMDB).

This film review contains spoilers so if you haven’t see Roads, Trees and Honey Bees please do not continue reading

Steve Anderson is on a crossroads in his life. He is a father of two children he loves dearly Logan (Hudson West) and Taylor (Grace Brennan). But his wife Catherine (Erica Ibsen) is not happy in their marriage. Steve works in a job he hates for a recently promoted co-worker who’s now his boss. It’s time for a change in his life.

The change comes when his wife ends their marriage. Then, Steve learns his father Mark (Chris Mulkey) has dementia. he leaves Wisconsin to go take care of his father bringing along Sarah Martin (Nikki Leigh) and her brother Connor, (Donald Clark Jr.) a musician hoping to make it big.

Roads, Trees and Honey Bees is a film about the road to self discovery and purpose. Steve, Sarah and Connor all learn something about themselves and how to find happiness and fulfillment in their lives. Steve also learns things aren’t what they seem as far as his father is concerned. He wants to be a good son and help his father, but Chris ends up helping Steve. 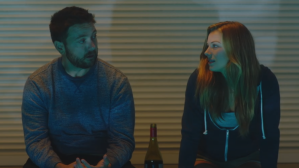 The way to a happy life is to feel happy with who you are and the choices you’ve made. Steve accomplishes this and pursues his dream. His ex-wife Catherine remarries and seems to find an ideal partner. She and Steve married so young and immediately started their family that one wonders whether they were truly right for each other. Like his father, Steve offers advice to his son Logan that should help the boy accept his stepfather. He tells Logan that as long as his stepfather is treating he (Logan), Taylor and Catherine’s right that’s what’s important. And if Logan needs someone to play soccer with him, Steve will always be there for that and whatever else Logan needs. Logan is similar to Jake Webber, the character Hudson West plays on the daytime drama General Hospital in that he’s had multiple fathers and difficulty in coming to terms with his feelings. 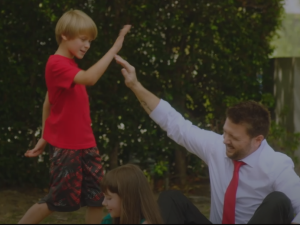 Sarah (Nikki Leigh) and Connor discover anything worth having is worth taking a chance to get. And in making this discovery, the siblings learn something about themselves that should help strengthen their relationship.

Roads, Trees and Honey Bees was written and directed by Stephanie McBain is a heartwarming family film that shows you can find meaning and purpose in your life by taking a closer look at yourself and the choices you’ve made.

Comments? Sound off below.  Or tweet @thenerdygirlexp and @stacyamiller85.

One thought on “Road, Trees and Honey Bees Indie Film Review: On The Road On A Journey of Self Discovery via @stacyamiller85 @NickNicotera @NikkiLeighxo @hudsonwest”