In “A Roswell Christmas Carol,” Max (Jason Behr) witnesses a man killed when he saves his daughter from being hit by a car. Because he was thinking about himself in The White Room more so than risking exposure as aliens for himself and Isabel (Katherine Heigl) and Michael (Brendan Fehr), Max does nothing to heal and save the man’s life. Soon, he finds himself being haunted by the dead man’s ghost. Meanwhile, Michael struggles to find the perfect Christmas gift for Maria. Isabel “The Christmas Nazi” threatens to take the fun out of everyone’s holiday with her lists and micro managing. But she does come through for Michael by helping him to give Maria the perfect Christmas gift. And Tess (Emilie de Ravin) officially becomes a member of the Valenti family by having Christmas dinner with Kyle (Nick Wechsler) and Jim (William Sadler) and guest Amy DeLuca. The spirit of giving was shown through Max’s sacrificing his secret’s discovery by healing Brody’s cancer stricken daughter Sydney as well as all the other children in the pediatric cancer ward. 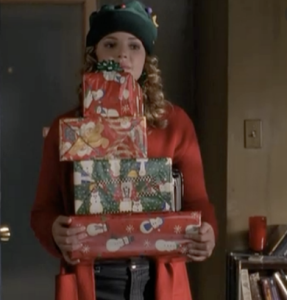 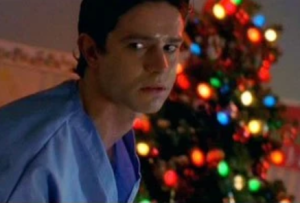 In “Samuel Rising,” Max meets Samuel an autistic little boy. Max thinks his son is trying to communicate with him through Samuel and develops and immediate connection with the little boy. Samuel’s mother welcomes Max into her son’s life as the teen is the first person young Samuel has uttered a word to in years. Samuel’s autism has put a strain on his parents marriage. Max realizes that he was perhaps seeing what he wanted to see (a connection with his son through Samuel). Max uses his powers to try to heal Samuel by getting him to see what he needed to see. Then, he asks Isabel to dreamwalk Samuel’s parents into their son’s dream so they’d get to know their son. And in Samuel’s dream his parents finally get to hear the words they’ve longed to hear: “I love you mommy. I love you daddy.” The episode wasn’t without funny moments: The return of “The Christmas Nazi (Isabel)” and the kid catching Santa (Michael) and an elf (Maria) making out. 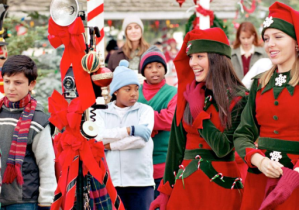 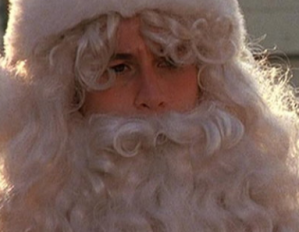 In my opinion, Roswell is one of those series cancelled way before its time. The acting and writing were top notched. And for a sci-fi show about aliens, the drama and emotion was compelling. Additionally, Roswell had a great soundtrack starting with the theme song Dido’s “Here With Me.”

Jason Behr (Max Evans) and Shiri Appleby (Liz Evans) will work together again on Roswell New Mexico. Behr is slated for a guest starring appearance in a season two episode which Appleby directs.