The twenty-first season of Law & Order: Special Victims Unit premiered on Thursday September 26, 2019, at 10PM ET. This made the series the longest-running US prime-time drama in history (Wikipedia). 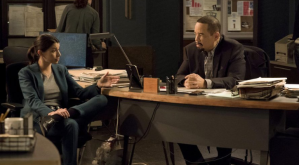 The race to rescue Rollins goes down tomorrow.

One thought on “Law & Order: SVU Must Be Held Accountable S21Ep10 Preview via @stacyamiller85 @nbcsvu #SVU”