Season 1 Episode 102. Here is the synopsis from TV Guide: “With Leonardo’s successes recognized and his reputation growing, a risky decision sets to destroy everything he has worked for. After gaining an unexpected ally, Leonardo receives support through new commissions but pays the price for his actions. Determined to find the truth in his work, Leonardo looks to his past and finds new inspiration, but the results are received with less enthusiasm.” 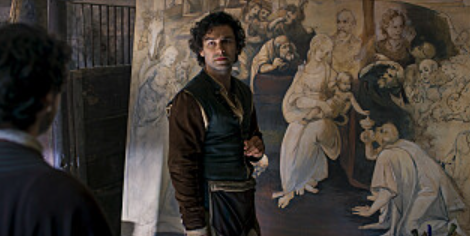