If you didn’t have the chills within the first five minutes of this week’s Orphan Black, you might stare out of windows and drink martinis too often. Not that window staring with a stiff drink isn’t a lovely way to pass the time,  but seriously Rachel I think is the only one who could hold it together without freaking out at all of the creepy science going on. Cosima would geek monkey it up, but I like to think she’d at least be a little weirded out by the eye poking.

Rachel returned this week in a scene that freaked me out even more than the face worms. She is having her new eye checked to see if it is healing properly by an interesting nurse. A Castor clone named Ira, yay for the return of Ari Millen, has been raised away from his brothers by Susan Duncan and is now helping to ensure that her daughter is taken care of. Now a normal eye check would be fine, but Ira needs to do a pigment treatment to help Rachel’s eye look natural. Charlotte and Rachel have also been spending a lot of time together, which means that they have been up to some very secret things that we’ll learn about later in the episode. Back at Rabbit Hole Comics, Cosima and Scott are doing an ultrasound of Sarah’s cheek to figure out what is going on with the worm inside of her. Cosima also contacts Alison so that she can make sure she doesn’t have a little buddy in her cheek. When Alison hears that the worms are implanted in all Neolutionists, she comes up with a plan, dig up Leekie. 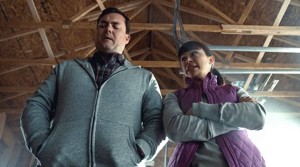 Siobhan has put the word out to find a doctor to remove the worm from Sarah’s cheek, but Sarah doesn’t want to wait. She goes out to look for information from MK’s contact, Dizzy. He reveals that there are a bunch of theories about the robot maggots, but he personally thinks they have something to do with the brain. Speaking of brains, Kira is acting a bit odd. She was playing a game in the comic book store upstairs and knocked the entire thing on the floor just because she said it was boring. Then while talking to Cosima she spaced out and then said that she dreamed all the sestras were together and set her mom on fire because she was changing. Can they kill Sarah? Is no one safe?! Honestly I’m freaked out that they could kill Sarah. In less scary, more sad Sarah plots, she goes to see Felix and finds a random woman in his apartment. It turns out that the woman is Adele, Felix’s biological sister. She has a southern accent and is very into drinking and drugs. 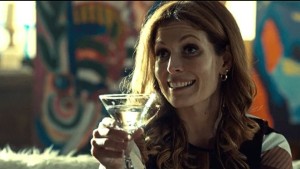 Sarah wants Felix to come help her, but he refuses and the two of them part angrily. Later Adele and Felix are bonding over drinks at a skate park and we learn that his mom was a dancer and died shortly after he was born. He never knew who is father was and was bounced around in foster care until Mrs. S adopted him. Adele didn’t know she had a half brother until her father revealed he had a son on his death bed. She spit in a cup and sent it off to get genetic matches, she calls it family science. I’m very worried for Felix, I just don’t trust anyone to be who they say they are anymore. While Donnie and Alison are digging up the “hot garbage juice” smelling corpse of Leekie, Helena finds herself meeting with some surprise cops investigating the Pouchy homicide she committed. The cops think she’s Alison. She and Donnie wind up pretending to be married and Helena reveals she somehow knows a lot about Alison’s election committee.

Sarah and Art are looking into the worms and while watching some of Beth’s video footage he learns about the creepy cop who visited her before she died. He briefly confronts the cop, but doesn’t reveal just how much he knows about him. Art gives Sarah an address for a dentist office that does implants and when she arrives she learns that Beth had already been there. The dental assistant there tells Sarah, who she thinks is Beth, that she can remove the worm. It turns out that Mrs. S’s work to track down a doctor has had some unexpected ramifications. While she can’t get a hold of Benjamin, Ferdinand appears offering to help her. Back with Rachel and Charlotte we learn that the younger Leda has been passing messages for Rachel, but there is something very wrong. Charlotte coughs once and she’s obviously sick. We also learned tonight that Charlotte is specifically a clone of Rachel, which could mean that Rachel is going to get sick if her clone already is. 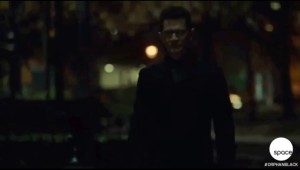 After digging up Leekie, Donnie and Alison reveal what they did with him to Cosima, who is understandably shocked. They want her to come retrieve the worm out of the Neolutionist’s face. Sarah is dealing with her own worm drama back at the dental office. The assistant who thinks she’s Beth preps her for worm removal, but as she puts the dental probe into Sarah’s mouth she says that she has called her superiors and they’ll be here soon. She also threatens her by saying that she has pierced the worm and if Sarah moves she will be killed. Someone arrives, and it totally isn’t the dental assistant’s superiors. Ferdinand with one blade takes out the assistant and tells Sarah that Rachel contacted him, also that the worm was never pierced because Sarah would already be dead.

The worms and all the Neolutionists this season are freaking me out more and more. I just didn’t realize how truly evil they were, especially after Susan Duncan’s reveal of how they want to control all of human evolution. This season honestly seems to be the most intense so far and with the return of Ferdinand I know that it’s going to get crazy. Share your Orphan Black thoughts with us in the comments or on Twitter, @thenerdygirlexp. You can find me on Twitter, @kleffnotes, on my blog, kleffnotes.wordpress.com, on my kleffnotes YouTube channel, I run The Nerdy Girl Express Snapchat, thenerdygirlexp, and I post recipes on the iZombie Support Group site.