Donovan Holden, an Ohio native who ultimately wound up in Los Angeles, has recently released a new music collection, ‘A Brighter Day,’ and I had the opportunity to talk with him about his work. From a young age he has been influenced by a variety of music genres and this has helped him to create three diverse albums. I appreciate him taking the time to answer all of my questions about his life and work.

Yes, I was born in 1954, which I guess is a long time ago, depending on your vantage point. My parents were in the golfing world, so we alternated between Ohio and Florida every year. I spent my first thirteen years in modified trailers.

What inspired your journey into music?

I remember having music stuck in my head very early in my life. I would walk around in the woods with melodies and songs swirling around in my head. They kept me company, I guess.

How did your transition from Ohio to Florida influence the focus of your writing?

My best friends in Florida were both young musicians, a drummer and guitarist. We all spoke the same language. Like brothers from different mothers.

I started writing lyrics in my school notebooks, and they usually had melodies attached to them. Since I had very little formal music education, I now realize that the words and stanzas helped me remember the fledgling melodies.

When you moved to Los Angeles what changed for you in your musical focus?

As a young gay man, my main focus was getting laid, falling in love, and finding someone to build a life with. In roughly that order. I didn’t think it was possible in South Florida at that time. A lot has changed, thankfully. My hometown in Florida, Lake Worth, now has a great gay community.

I wasn’t sure how music would play into all of that. My friends had become very accomplished musicians by that time, and I was mainly supportive of them. When I moved to California, I sold my electric piano and bass.

My writing took a back seat as I threw myself into the thriving, dynamic gay scene in Los Angeles. It was pretty crazy. Then the AIDS epidemic broke.

Your first album, “An Ordinary Thing,” released in 2015, could you discuss this as well as your second album?

My first album came about when realized I could use my computer to translate the music in my head. First with GarageBand, and then Logic Pro.

It is a mix of older songs I wrote in the nineties, and newer stuff that began flooding out.

The second album, “Accepting All Prayers” was a continuation of newer songs, with a  slightly more ambitious musical scale. It contains two instrumental tracks, in addition to vocal material. 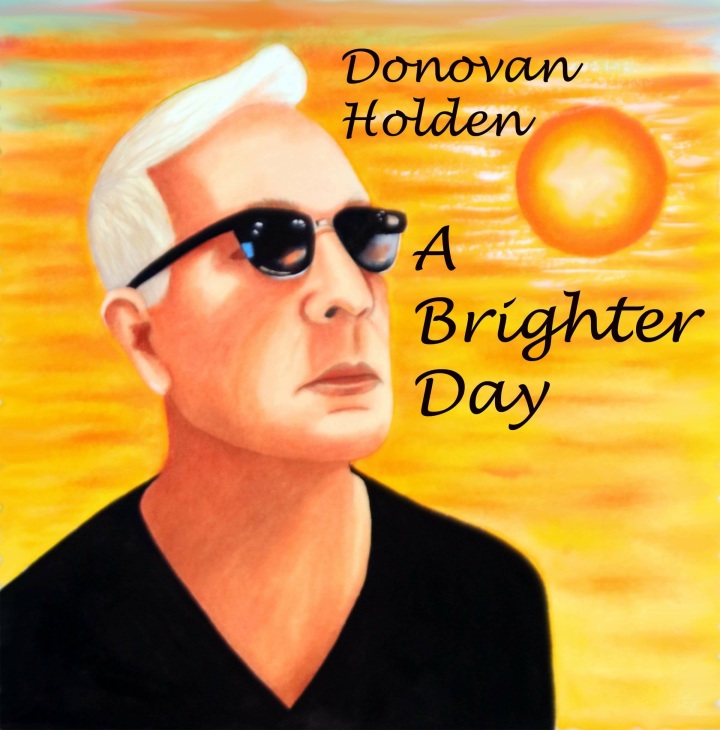 “A Brighter Day,” your latest release, has 12 different examinations of the human condition, could you expand on what this means and how this album came about?

I wanted to come up with something a bit more optimistic, with a focus on love and friendship.

The first two albums had a lot of material that dealt with death and loss, coming out of the horrors of the AIDS era.

The new album is a recovery, and an acknowledgement of love as a life force. I am very lucky to have a magnificent husband, and some brilliant longtime friends. They are always gently nudging me forward.

Do you have any additional projects you’d like to mention?

I have more instrumental compositions, and experimental pop tunes in the pipeline, as well as some longform funkier tracks yelling at me for attention. Who knows where it all will lead?

Where can our readers keep up with you and all of your work online?

donovanholden.com and the usual social media sites. I have music and a few videos streaming everywhere. I’m easy to find. The latest is “Lunch In Paris”