Wiley is really Jonah reveal. How long can a secret remain a secret in Port Charles before it comes out to the entire town? Everyone believes Brad and Lucas’ adoptive son Wiley Cooper Jones is the biological child of the late David Henry Archer a.k.a Shiloh and Willow Tait. But in actuality, Michael Corinthos III and Nelle Benson are his birth parents. A guilt ridden Brad’s attempt to keep the secret made him run afoul of father-in-law Julian, causing Jerome to fix the brakes of Cooper’s car. Sadly, Julian’s own son Lucas ended up paying the price and is now in a coma. When will Michael learn his godson is really his son? And what will Carly and Sonny do when they find out the truth?

Port Charles learns Nikolas Cassadine is alive.  Faking their death is a Cassadine staple. If a Cassadine wants something and needs secrecy in order to get it, what better way to stay hidden then to be dead? Nikolas has pulled off the “he’s dead ruse” at least twice. This latest time was to get his hands on the codicil to grandfather Mikkos’ will. So, Cassadine enlisted Jasper Jax and Hayden Barnes in his scheme to beat Valentin to the information. But with Ava, Jax, Nina and Carly knowing his secret, it’s only a matter of time before the return of the Cassadine crown prince is known to all. And what will happen when Laura discovers her son is alive? 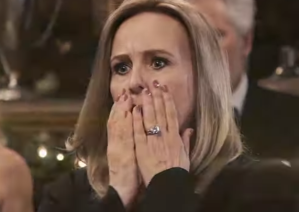 Maxie learns about Peter’s latest crimes. Peter August or Henrik Faison? It’s hard to tell the difference between the two lately as Peter has been resorting back to his old criminal ways. Hiring a man to break Shiloh about of prison in order to kill Archer, arranging for Drew Cain’s plane to crash and hiring someone to attack Dr. Andre Maddox (twice) in order to stop the doctor from performing the memory procedure on Franco Baldwin…these are acts worthy of the Faison name, showing “a Henrik never changes his spots.” Peter loves Maxie and James and his settled into their lives, even moving in with them. Maxie forgave Peter keeping his identity (that he was Faison’s son) a secret. But what will she do when she finds out the man she loves is not what he seems?

Is Willow Nina’s Daughter? Ever since Nina started disliking step daughter Charlotte’s teacher, I suspected Willow would turn out to be Ms. Reeves’ long lost daughter. Usually when an adult child enters their parent’s life the relationship isn’t all hearts and flowers. Abandonment issues reign supreme. And Nina and Willow’s relationship already has built in animosity; these women can’t stand each other! What better drama then  to have these nemesis turn out to be family? If this is true, it will be interesting to see how Harmony ended up with Nina’s baby? 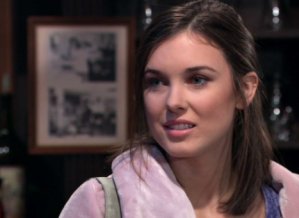 Photos taken from the internet; credit given to original sources.

What stories are you excited to see in 2020? Comments? Sound off below.  Or tweet @thenerdygirlexp and @stacyamiller85 .