May 16 is David Boreanaz’s birthday.

Boreanaz has been a familiar face in the television landscape for twenty six years. His first tv appearance was in 1993 as Kelly Bundy’s biker boyfriend Frank on the Married With Children episode “Movie Show.” 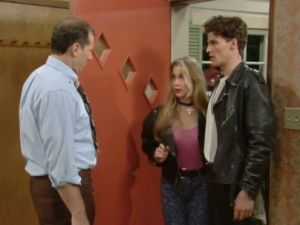 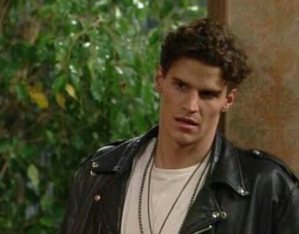 Then came a horror series called Buffy the Vampire Slayer (1997-2003) where viewers were introduced to Angel, a character who seemed to be following Buffy and pop up to warn her of impending Hellmouth doom. Angel was brooding and mysterious so viewers could sense there was more to his story. The truth about Buffy’s new crush was revealed in the appropriately titled episode “Angel” when she and viewers learned he was a vampire. But not the evil kind prone to kill and drink your blood because well they could. Angel was an emo vampire cursed with a soul by gypsies. So, he was tortured to live eternity feeling remorse for centuries of murder and mayhem.

The character of Angel left Buffy the Vampire Slayer at the end of Season Three after helping The Scooby Gang defeat Mayor “I’ve ascended into a giant Hell snake demon” Wilkins and took off for the big city of Los Angeles to help the helpless and star in his spin-off series Angel (1999-2004).

When Angel ended its run, David Boreanaz traded in his vampire fangs for a badge to play FBI Special Agent Seely Booth in Bones (2005-2017). 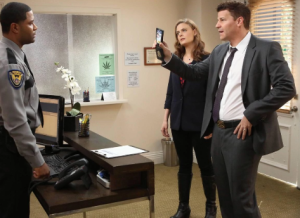 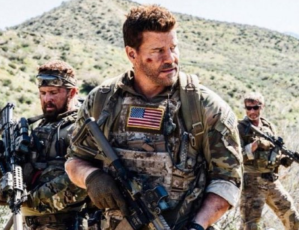 David Boreanaz has kept himself quite busy throughout his entertainment career. In addition to acting on television, he’s appeared in some films and directed episodes of Angel, Bones and Seal Team. Any task he undertakes, he sinks his teeth into (no Angel pun intended) with full commitment. His a dedicated professional that strives for 110% in his projects. It is this reason why he’s been a leading man for over two decades.

As a Philadelphia native, I was familiar with David Boreanaz even before he hit our television screens. His father is former Philadelphia WPVI-TV weatherman Dave Roberts of Action News.

So as David Boreanaz celebrates his birthday, I wish him continued success in front and behind the camera. And I thank him for playing the best tortured vampire with a soul FBI Special Agent navy seal we’ve had the pleasure of watching.