Tangled: The Series (renamed Rapunzel’s Tangled Adventure after Season 1) fans know Sonneburg for developing (along with Shane Prigmore) the Emmy winner animation series for television. Produced by Disney Animation Television, Tangled: The Series continued the story of Princess Rapunzel of Corona from the 2010 Disney film Tangled. 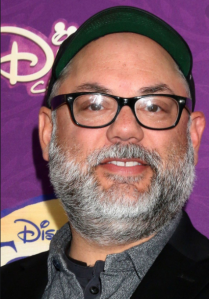 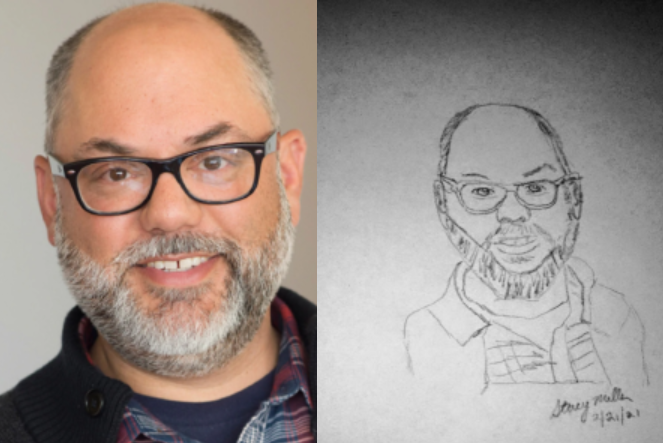 Chris Sonnenburg is no stranger to the demands of what it takes to produce animation. He’s been a storyboard artist, writer, producer and director. His vision and collaboration with a talented team was the reason for the success of Tangled: The Series.

When Coronavirus forced a stay at home order for many US states, I discovered the Tangled universe. I’ve always been a fan of animation. I remember rushing home from school to watch Kimba The White Lion and the original Speed Racer when I was five in 1970. The first Disney film I saw in the movie theater was Peter Pan in 1975. This movie set me on the road to becoming a lifelong Disney fan. I became fascinated with the entire creative process of animation.

Getting a free one year subscription to Disney Plus gave me the chance to check out some of the original series offerings as well as classic Disney films. On April 11, 2020, I watched Tangled. Next came Tangled: Before Ever After and finally Tangled: The Series. I was impressed by the high production values of the project. To call it a cartoon is an understatement as it rivals anything on television with clever writing, top notch voice talent, magnificent music and brilliant vision effects.

Watching Tangled: The Series/Rapunzel’s Tangled Adventure provided an enjoyable way to take my mind off the turmoil from coronavirus. It was the one show that got me through the havoc of 2020:

Additionally, it inspired my own creative side as I started drawing again for the first time in twenty-nine years:

I introduced my twin sister Tracy to Tangled: The Series. Besides watching a few animated shows as a child, she hadn’t continued watching much of the genre. However after seeing Tangled: The Series, Tracy was impressed with the writing, commenting on the strong character development and mythology. As a poet, she praised lyricist Glenn Slater for setting words to Alan Menken’s music.

Tracy extends her own birthday wishes to Chris Sonnenburg through this poem:

A World Of Pure Animation, A Poem For Chris Sonnenburg By Tracy Diane Miller

So powerful a brain,
Of pictures and light,
To weave countless stories,
To enthrall and delight.
A canvas of colors,
Of textures and hues,
With characters galore,
To combat the blues.
For you are a storyteller,
A master of tales,
Where a romance between a princess and a thief,
Can happily prevail.
Yours is a world of pure animation,
Where pictures and words waltz skillfully in your brain,
With lyrics and music,
A pleasant refrain.
Animation becomes a bridge,
Connecting numerous hearts and minds,
A vacation from life’s woes,
So priceless a find.

So on this your birthday Chris, I thank you for your many contributions to the world of animation. You are truly a creator of animated joy.

Sound off in the comments. Or tweet @thenerdygirlexp and @stacyamiller85 .